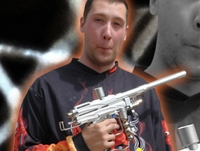 It is pretty safe to say that in piracy terms, few groups have released ‘telesync’ copies of mainstream movies onto the Internet in the quality and consistency of the group ‘maVen’.

In 2006 all that came to an end when ‘cammer’ Geremi Adam was arrested after he recorded the movies “How to Eat Fried Worms” and “Invincible” at a Montreal movie theater.

Last month that process came to an end when Adams was sentenced to two and a half months in prison. His lawyer had argued for community service because Adam suffered from depression and a troubled childhood, but despite these arguments the prosecution insisted on a prison sentence. That request was granted by the court.

In the end, Adam served 7 days of his sentence but according to Cynthia Laporte, his partner of 2 years, in that time he started taking morphine to cope with his incarceration. He was also taking prescribed anti-depressants and tranquilizers.

Laporte said that Adam had continued using morphine after his release, a habit he tried to hide. On Sunday he was taken ill and an ambulance was called, but it was too late. Just before midnight, Adam – aged just 28 – died from a suspected drugs overdose.

“We had plans,” said Laporte. “Geremi wanted to buy a duplex and move in and have tenants.”

Laporte added that Adam was proud of being the best movie pirate around. Illegality of his activities aside, most people familiar with his work were suitably impressed by his technical achievements which may never be bettered.

It will take one to two weeks for the authorities to establish the exact cause of death.