Last summer, Bungie accused AimJunkies.com of copyright and trademark infringement, among other things. The same accusations were also made against Phoenix Digital Group, the alleged creators of the software.

Initially, the parties entered settlement discussions. AimJunkies has already removed the Destiny 2 cheats from its site and was willing to negotiate. However, when Bungie moved for a default judgment, reportedly without prior warning, the mood changed.

Yesterday AimJunkies returned fire, asking the federal court to dismiss the lawsuit. The cheat seller, represented by attorney Philip P. Mann, argues that Bungie misuses the law to go after cheaters while cheating itself isn’t unlawful.

‘Cheating Isn’t Against the Law’

This goal is clear from Bungie’s complaint where Bungie mentions that, through the lawsuit, it hopes to “put cheaters on notice” that the game company “will not tolerate cheating.”

“What is really going on here is Bungie’s transparent misuse of the legal system to achieve ends not actually permitted under laws actually passed by Congress,” AimJunkies writes, adding that “Congress, not Bungie, sets the rules.”

“Bungie apparently hopes to bamboozle this court into proscribing entirely lawful activities. This court should not be party to such questionable tactics and should apply the laws that actually exist, not those Bungie apparently conjures out of thin air.”

While cheating may not be outlawed, Bungie’s claims are rooted in law. This includes several copyright infringement allegations. According to Bungie, AimJunkies copied and distributed its copyrighted work, to develop and advertise its cheat software.

In response, AimJunkies argues that these copyright infringement allegations are vague and not specific enough to allege a plausible claim. The cheat software itself certainly isn’t a copy of Bungie’s work, they add.

The cheat maker also highlights another problem with Bungie’s copyright claims. The original complaint lists four copyright registrations but two of these were first published on November 10, 2020, well after the cheats were first made available.

Based on this finding, it would have been impossible for AimJunkies to use the copyrighted work to create its cheats, as the copyrights had yet to be fully registered.

“[T]he ‘cheat software’ Bungie complains of in this action was created and distributed long before November 10, 2020, and, therefore, could not have been ‘copied’ from these work.

“For this reason, there is no set of facts on which Bungie can plausibly claim that Defendants’ earlier created work was based on or otherwise copied from Bungie’s later created works. It is a factual and legal impossibility long recognized by the courts.” 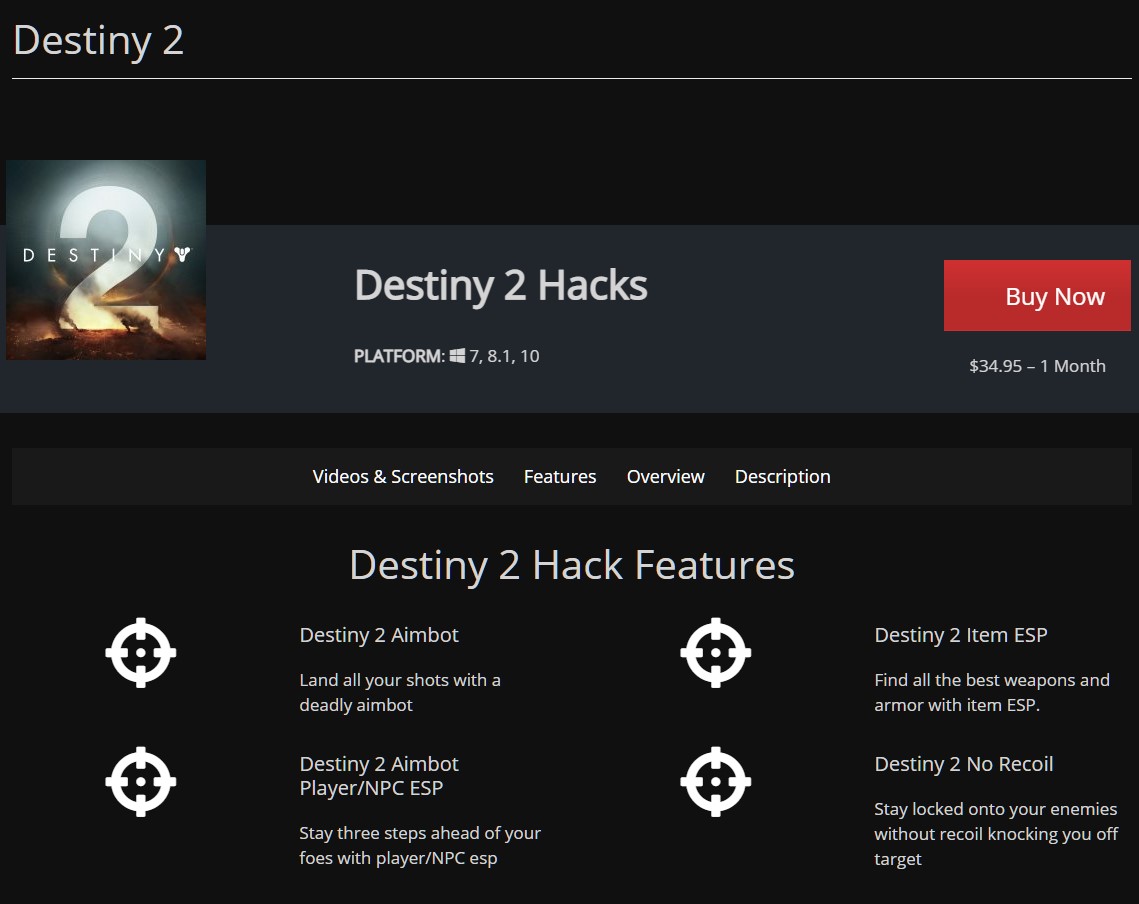 AimJunkies further notes that Bungie has no plausible trademark infringement claim and wants these dismissed as well. The cheat seller also questions the court’s jurisdiction and counters the other accusations, including “breach of contract,” “tortious interference,” and “unjust enrichment.”

The latter claims don’t belong in federal court either, AimJunkies notes. It points out that Bungie’s own License Agreement (LSLA) prescribes that, aside from copyright and trademark issues, mandatory arbitration is the ‘sole means’ by which disputes are to be resolved.

‘Bungie is a Bully’

According to AimJunkies, it is clear that Bungie is trying to use its power to “bully” others into submission, but it’s not having any of it.

“This is another case of well-heeled companies using their superior resources to bully others and achieve through the courts what they cannot accomplish in the marketplace. Although the rich have as much right to seek redress through the courts as the poor, they nevertheless need to follow the rules that apply to all. Bungie has not done that here.”

In conclusion, the cheat seller asks the federal court to dismiss the complaint or – if that’s not an option – refer the appropriate claims to arbitration.

Needless to say, Bungie will likely see things quite differently and the company is expected to respond to AimJunkie’s arguments in a few weeks.