AACS, the decryption licensing outfit founded by a group of movie studios and technology partners including Warner Bros, Disney, Microsoft and Intel, launched a crackdown on DRM-circumvention software earlier this year.

In the most prominent action AACS sued the makers of popular DVD ripping software DVDFab. Last month it won a preliminary injunction based on the argument that the “DVDFab Group” violates the DMCA’s anti-circumvention clause, since their software that can bypass DVD encryption.

The injunction barred the Chinese-based DVDFab from distributing its software in public, by allowing AACS to order the seizure of its domain names. In addition, the company’s social media accounts were blocked and bank funds frozen.

DVDFab initially did not respond to the court, so the order was entered by default. However, after the injunction was issued the company responded in the name of Feng Tao, with a request for the court to revise its earlier judgment.

“It is well-established that the Copyright Act doesn’t apply extra-territorially,” the company notes. 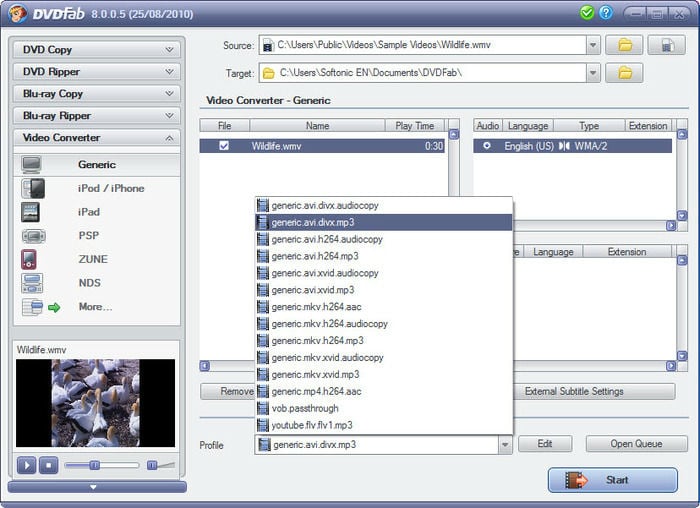 Since DVDFab’s domain names and bank accounts were seized the injunction also blocks DVDFab’s business in other countries, which goes too far according to the lawyers.

For this reason DVDFab asks the court to amend the injunction so it only applies to the United States. This would require the return of seized domain names and social media accounts, plus the lifting of payment processing restrictions.

In a response, AACS points out that DVDFab has violated the preliminary injunction from the start. The company immediately registered several new domain names that are not under U.S. control, and continued business as usual. DVDFab also allegedly launched a new “BluFab” brand under which it sells copies of its DVD ripping software. 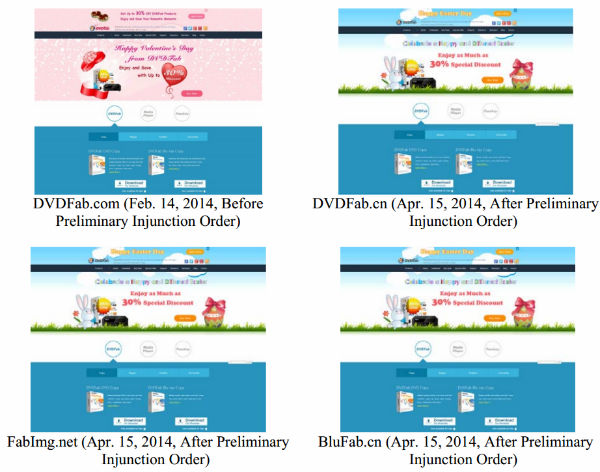 Even more controversially, AACS claims that a DVDFab representative threatened them in an attempt to settle the issue. A person named “Frank” contacted an AACS lawyer and offered an “exclusivity delay” with all major circumvention software makers, if AACS agreed to lift the domain name seizures. If AACS declined this offer, DVDFab would give away its software for free, the company allegedly said.

AACS further points out that the scope of the injunction isn’t too broad at all. According to the company, the Copyright Act allows for such measures in cases where the actions of a foreign business are “felt within the United States.”

It’s now up to the court to decide who’s right in this case.

For the time being, all U.S.-controlled DVDFab domain names, social media accounts and payment processing services remain unavailable. However, the software maker is still operational through several new domains, which can be easily found through Google and other search engines.