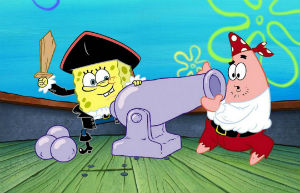 Like many large Internet providers in the United States, Comcast forwards DMCA notices to subscribers who have allegedly downloaded pirated material.

These copyright infringement warnings list the title, IP-address, and other download details. They are also accompanied by a stark warning notifying the subscriber of a possible account termination.

Usually, alleged downloaders only receive one notice per offence, but one Comcast subscriber received a whole stack in the mail this week.

The subscriber in question, who posted his story on Reddit, was sent 44 letters for one and the same torrent. The Spongebob Season 8 torrent was downloaded by his brother and is apparently well tracked.

The notices, which come from Viacom, all list Spongebob Season 8 as the infringing file name and point to the same torrent. They appear to be quite sloppy as some say “null” under infringing work section.

From the information available it’s unclear what triggered the avalanche of DMCA notices. It could be that the copyright holder sent one for all files in the torrent, or perhaps a port change triggered a new warning.

In any case, it kept Comcast and the post office busy for a while. 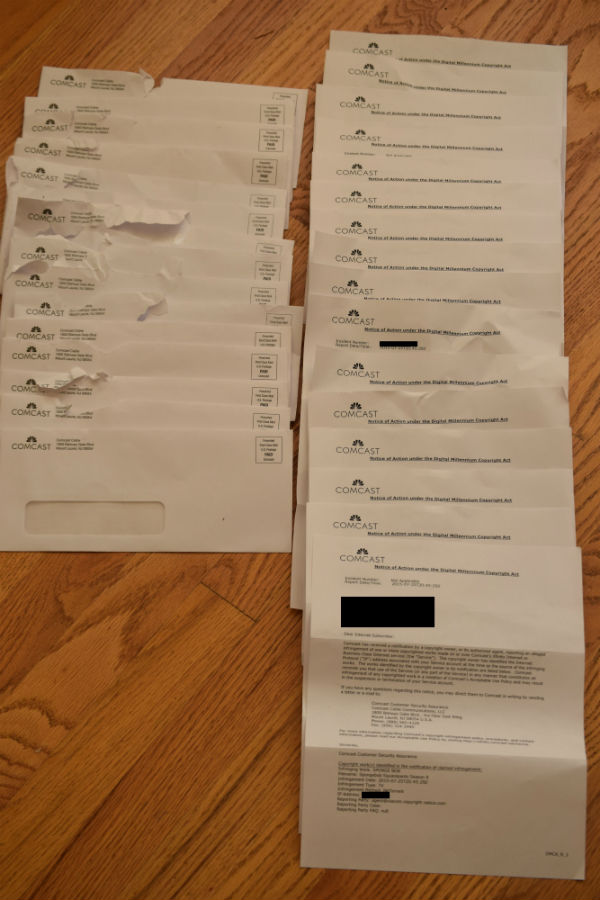 As for the repercussions, Comcast informs the subscriber that he may have his account terminated. Since the notices are not part of the Copyright Alert System, this is indeed an option.

“Comcast reminds you that use of the Service in any manner that constitutes an infringement of any copyrighted work is a violation of Comcast’s Acceptable Use Policy and may result in the suspension or termination of your Service account.”

While many users would be concerned about the pile of alleged infringements, Reddit user “cheeseandcereal” isn’t particularly bothered.

“I’m not concerned at all with the actual claims. Comcast doesn’t actually care all that much,” he writes.

“I’m protected by law from the copyright owner themselves, and it’s up to Comcast’s discretion whether they want to do something with your service like suspension or termination, but as long as they have your money, they generally don’t care.”

The above is indeed correct. Comcast would never share any personal details with copyright holders, unless they obtain a valid subpoena. Copyright trolls aside, this rarely ever happens. The same is true for account terminations.

What does happen, is that copyright holders send settlement requests for single torrents with multiple files.

While Comcast doesn’t forward these, we recently saw an example where a single download triggered 106 settlement notices of $300 each. This represents $31,800 in settlement fees for just one torrent.