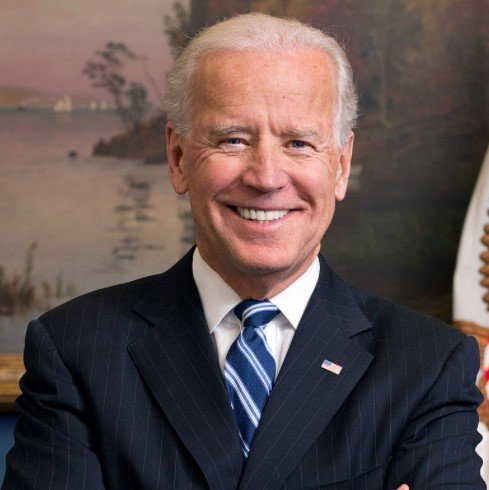 Last month, Joe Biden was inaugurated as the 46th President of the United States after one of the most controversial elections of modern times.

This change of administration provides an opportunity for special interest groups to call for legislative change.

The lobbying effort started before the election and while most of it takes place behind closed doors, some calls for change are purposefully shared in public. That’s also the case with a letter sent by CreativeFuture.

CreativeFuture is an organization that represents the interests of over 560 companies that operate in the copyright industry, as well as 275,000 individuals who work there. The group has been a fierce proponent of stricter copyright legislation and limiting the rights of big tech companies.

Last October, before the election, CreativeFuture already reached out to Biden, asking him to support the felony streaming bill and the CASE Act, which eventually passed under the Trump administration.

The group also summed up Biden’s track record as a defender of copyright and asked for his support in the years to come.

“If you are elected, we hope that your team and appointees will be reminded of that – and that this will remain a bedrock element of your domestic and foreign policy,” the group wrote at the time.

As it turns out, Biden doesn’t have to ‘remind’ himself as CreativeFuture just sent another letter, requesting support. Signed by the group’s leadership committee, the letter asks the President to help fight the piracy scourge.

“[T]he pandemic led to a rapid increase in digital piracy, as criminal enterprises capitalized on the fact that so many Americans were forced to remain at home,” the letter reads.

Billions of Dollars at Stake

This increase in piracy seems to have disappeared, according to our findings. However, the group warns that piracy is cutting into already reduced legitimate revenue streams, triggering billions of dollars in losses.

With the felony streaming bill and the CASE Act passed, the pro-copyright group already got most of what it asked for in last year’s letter. But there is more. In the letter sent this week, CreativeFuture points the finger at an ‘enemy’ that’s closer to home.

“As you well know from your years in the Senate and as Vice President, not everyone in Washington is a supporter of copyright. The creative community has often been on the losing end of the battle to improve copyright protections,” the group writes.

CreativeFuture is referring to big tech. The group believes that companies such as Google and Facebook profit from copyright infringement, while hiding behind the safe harbor provisions of the DMCA.

This is not a new talking point. The group and other copyright advocates have complained about the lacking copyright liability of internet platforms for many years. CreativeFuture, in particular, directly attacked Google on several occasions.

With this week’s letter, the group reminds President Biden of its concerns, calling for support.

“We hope that your Administration will support ongoing efforts to ensure that the biggest internet platforms – companies such as Facebook and Google – have greater accountability for addressing the unlawful conduct occurring across their worldwide services.”

“We know that you are personally aware of how these platforms can be misused and how they dodge accountability – all while making immense profits,” the letter adds.

If we look back in history we see that President Biden has supported copyright holders in the past. “Piracy is theft, clean and simple,” is a quote that can be attributed to the current president, who was also rumored to be directly involved in the Megaupload shutdown.

At the moment, Congress is still looking into ways to modernize the DMCA so it’s likely that new copyright legislation will be proposed during the coming years. With that in mind, we can expect more lobbying efforts, both from rightsholders and big tech.

A copy of the letter, available here (pdf), was posted by The Hill. It’s also listed on CreativeFuture’s overview of Government filings.