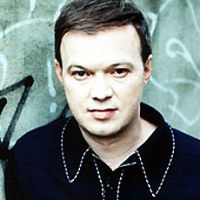 In the early nineties Edwyn Collins scored a hit with “A Girl Like You,” but after 15 years he thought it would be a good idea to share the song for free on MySpace. However, this was easier said than done.

Although Collins owns the copyright to his own music, and all licensing deals for the track have expired, MySpace wouldn’t allow him to make the song available on his profile. Grace Maxwell, the manager and wife of Collins, wrote about the unpleasant surprise in a recent blog post.

“I was told Edwyn was attempting to breach a copyright and he was sent to the Orwellian MySpace copyright re-education page. Quite chilling, actually. I naturally blew my stack and wrote to MySpace on his behalf demanding to know who the hell was claiming copyright of Edwyn’s track?” she wrote.

Well, as it turns out, Warner Music were claiming the song as their own and MySpace bought into it without even checking. After she found out about this, Maxwell contacted one of Warner Music’s lawyers who promised to resolve the issue, but months have passed and MySpace is still not allowing the song to be uploaded.

“That is because MySpace are not equipped to deal with the notion that anyone other than a major can claim a copyright,” the manager writes, adding that the file-sharers are not the biggest ‘bootleggers’ – the record labels are.

Several big shot labels are still selling Collins’ track today even though their license to do so expired several years ago. This basically means that the labels are pirating his music, and making profit from these activities.

Trying to stop the labels is useless according to Collins’ manager. “Attempting to make them cease and desist would use up the rest of my life. Because this is what they do and what they’ve always done,” she writes.

There is still hope though, says Maxwell. Instead of abusing copyright for profit the music industry should work on new business models that allow fans to enjoy and discover unlimited music, while artists get their work heard by a larger audience.

“Now let’s get on with working out a wonderful new way for music lovers to enjoy music for free or for a small subscription that makes it legal and easy to hear ANYTHING and allows the artist to reap the rewards of such freedom of access. Viva la revolucion!”

In the meantime Collins can put the song on The Pirate Bay, isoHunt or Mininova and link to it on MySpace.