Cord-Cutters Rejoice, XBMC Now Sets Itself Up With a Couple of Clicks

XBMC was launched as an unofficial media player for the very first Xbox almost a decade ago. Originally known as the Xbox Media Center, today it’s known just by its acronym. Safe to say that in the past ten years things have moved on an awful lot.

These days XBMC is available on a range of platforms including Windows, Linux, Mac OS X, jailbroken iPhone /iPad and Apple TV. There is also an Android version available which means that it can be installed on one of these babies and simply plugged into a TV – no computer required. Crucially, for cord-cutting types, XBMC isn’t limited to playing local video and audio anymore either.

Out of the box XBMC doesn’t deliver much content at all but that functionality is available via the use of third party plugins for mainstream services such as YouTube, Spotify, Justin.tv and even GrooveShark. But that is just the tip of the iceberg. 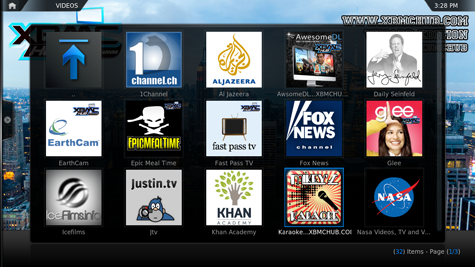 Flicking through XBMC’s menus offers up a mind boggling array of live TV, recorded TV, movies of every kind, live sporting events, radio…the list goes on and on. In fact with the correct configuration XBMC pulls huge amounts of content from around the web in a way that no other piece of software can match. In the past discovering and installing the third party plugins took quite a bit of effort on the user’s part, but not any more.

XMBC Hub, the official site for third-party XBMC addons, have just released what they call their ‘Wizard’ installer. We’ve tested it on PC (Mac version here) and it couldn’t be any more simple to use. Install the latest version of XBMC, run it and close it at least once, then run the XBMC Hub Wizard. Done.

Once complete, all the user has to do is run XBMC again and the whole experience is set up and ready to go. Addons for 1Channel, Project Free TV, Icefilms, TV Links, and Tube Plus are all right there, and it looks pretty good too. 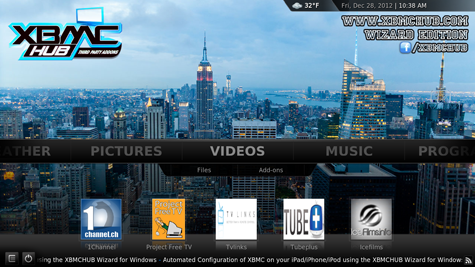 The purpose of this article isn’t really to review XBMC (people can experiment with its media functions for themselves) but to take a peek at how it’s being used by so-called “cord-cutters” – people who dump their cable TV provider and use the Internet to obtain their media instead.

Is it really possible to do that efficiently with XBMC? Well it appears so. For example users can search through genres, say comedy TV shows, and the screenshot below shows the kind of results they can expect from the tools provided by the Wizard installer alone. Start adding more sources inside XBMC (it will help you find them) and results go through the roof. 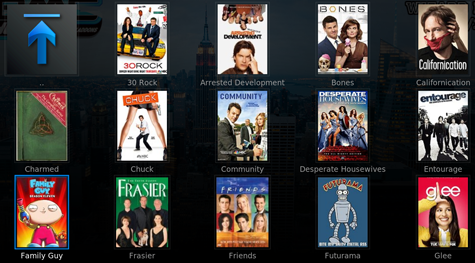 The list of TV shows goes on forever and there’s very little that can’t be found, in many instances going back several series on hundreds of shows from all around the world. None of the content is hosted by XBMC or indexed by its creators (it all comes via the optional third party plugins) but how much of it is legal is up for debate. The plugins pull content from official as well as unofficial sources but there is absolutely no indication from within the app which is which.

For example, Alki David’s FilmOn have just released an XBMC plugin that provides access to a wide range of live UK TV channels, as does the plugin for TVCatchup. There are also YouTube, Vimeo, NASA, Khan and other similar indexes just a couple of clicks away.

Assessing the legal status on other content listed by the plugins isn’t an easy task either. For example, XMBC will pull in live sporting events through sources including Rojadirecta, the site that the DoJ seized but then gave back 18 months later. Through this resource anyone can watch NBA, MLB, NFL, NPB and IPL matches for free, for example.

Despite the gray areas, some content is almost certainly unauthorized, as illustrated by the screenshot below. However, unlike with BitTorrent no sharing takes place, so there are currently no legal repercussions for accessing unauthorized content. 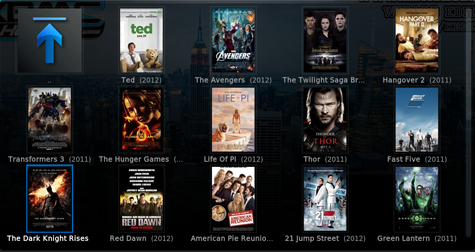 For users looking for an exciting media player that goes the extra mile XBMC certainly fits the bill, but people who have traditionally obtained their content via BitTorrent might feel a certain reluctance to try a new software package. That said, XBMC is free, open source, and its media playing functions are superb in their own right so there’s no problem in using the two side by side.

“XBMC is the future of television, it changes lives,” XBMC Hub’s Adam told TorrentFreak. “It gives you access to every movie and television show ever made, free of charge. So easy, even your grandmother can use it.”