Court Asks How it Can Ban Illegal Pokemon Go Downloads 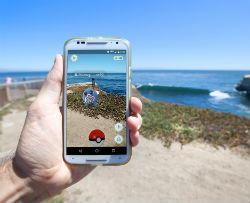 Last summer saw the launch of the latest Nintendo craze, with the augmented reality Pokémon Go game taking the world by storm.

While most countries don’t have a problem with Nintendo’s popular offering, others have reacted negatively after players turned up in culturally sensitive areas.

Similar issues are now causing problems in India, despite the game not being available there. But of course, that hasn’t stopped determined pirates from getting copies.

Over the past several months, countless people in India have been downloading illicit copies of Pokémon Go from the Internet. In the West, this has already caused copyright issues, but India’s are somewhat unique.

Public-Interest Litigation (PIL) is quite literally litigation for the protection of the public interest. One such PIL was filed last month in the Gujarat High Court against the developers of Pokémon Go. The petitioner claimed that the game hurt the religious feelings of citizens after it placed eggs in places of worship.

“To find eggs in temples of Hindus and Jains is blasphemous, and therefore my client has sought a ban on the game from the country,” petitioner Alay Anil Dave’s lawyer told the Court.

A second PIL filed with the Court by Sanjay Chaudhari claims that the game endangers public safety.

San Francisco-based developer Niantic Inc. and central and state governments are respondents in the somewhat unusual cases and all were issued with notices by the Court last week. Of course, the PILs aren’t copyright-related but the same problems persist – how can Indians be stopped from pirating and then playing the game?

That’s the question now being asked by the Gujarat High Court, which has filed a request with the state government asking for ideas on what steps can be taken to stop the game from being downloaded from the Internet.

“The division bench of Chief Justice R Subhash Reddy and Justice V M Pancholi asked the government how the downloading of the game could be stopped, after it was told that legally the game was still not available in India, yet people were downloading its pirated copy,” the report notes.

Only time will tell what solutions the state government will come up with. However, India has developed quite a reputation for broad-brush actions to stop citizens downloading illicit content from the Internet.

So-called ‘John Doe’ orders have regularly restricted access to sites including The Pirate Bay, ExtraTorrent and hundreds of other domains, so a similar response could be under consideration.

That being said, trying to stop downloads of an app that typically weighs in at just 60MB will be an entirely different matter.

There are many thousands of sites that can and do host the game, including entirely legitimate affairs such as Dropbox. Stopping the distribution of Pokémon Go in India won’t be just difficult, it will be entirely unachievable by any anti-piracy technique, or any number of techniques working in tandem.

Perhaps the only way of making a dent in this problem will be getting the developer on board to restrict where Pokémon appear. That would certainly make more sense than going down the blocking route and all the collateral damage that would cause.

We’ll know more about the blocking plans next week, which could provide an indication of just how far India’s courts are prepared to go when it comes to blocking illicit content online.