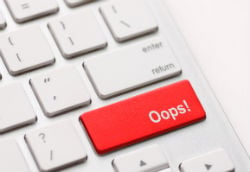 Considering the effort it takes to set one up, pirate sites are clearly always intentional. One doesn’t make available hundreds of thousands of potentially infringing works accidentally.

Unless you’re developer Nick Janetakis, that is.

“About 2 years ago I was recording a video course that dealt with setting up HTTPS on a domain name. In all of my courses, I make sure to ‘really’ do it on video so that you can see the entire process from end to end,” Nick wrote this week.

“Back then I used nickjanetakis.com for all of my courses, so I didn’t have a dedicated domain name for the course I was working on.”

So instead, Nick set up an A record to point ssl.nickjanetakis.com to a DigitalOcean droplet (a cloud server) so anyone accessing the sub-domain could access the droplet (and his content) via his sub-domain.

That was all very straightforward and all Nick needed to do was delete the A record after he was done to ensure that he wasn’t pointing to someone else’s IP address when the droplet was eventually allocated to someone else. But he forgot, with some interesting side effects that didn’t come to light until years later.

“I have Google Alerts set up so I get emailed when people link to my site. A few months ago I started to receive an absurd amount of notifications, but I ignored them. I chalked it up to ‘Google is probably on drugs’,” Nick explains.

However, the developer paid more attention when he received an email from a subscriber to his courses who warned that Nick’s site might have been compromised. A Google search revealed a worrying amount of apparently unauthorized eBook content being made available via Nick’s domain. 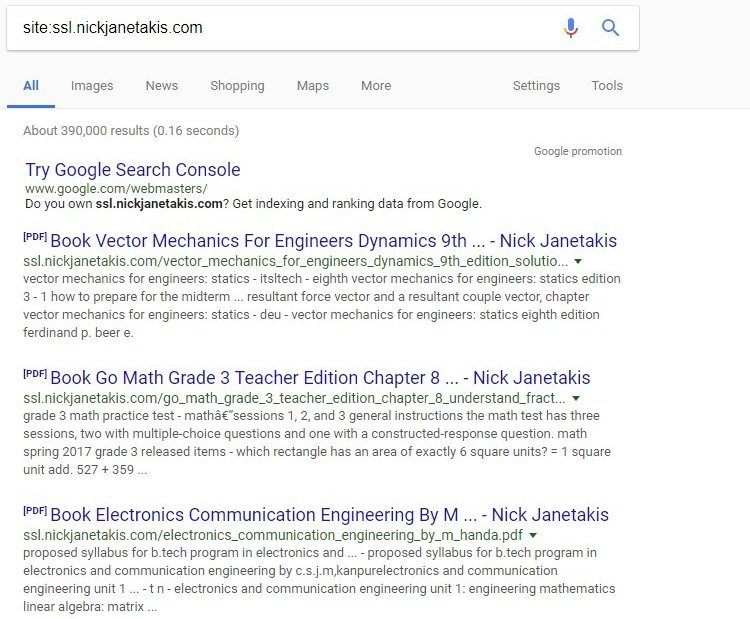 Of course, Nick wasn’t distributing any content himself, but as far as Google was concerned, his domain was completely responsible. For confirmation, TorrentFreak looked up Nick’s domain on Google’s Transparency report and found at least nine copyright holders and two reporting organizations complaining of copyright infringement.

“No one from Google contacted me and none of the copyright infringement people reached out to me. I wish they would have,” Nick told us.

The earliest complaint was filed with Google on April 22, 2018, suggesting that the IP address/domain name collision causing the supposed infringement took place fairly recently. From there came a steady flow of reports, but not the tidal wave one might have expected given the volume of results. 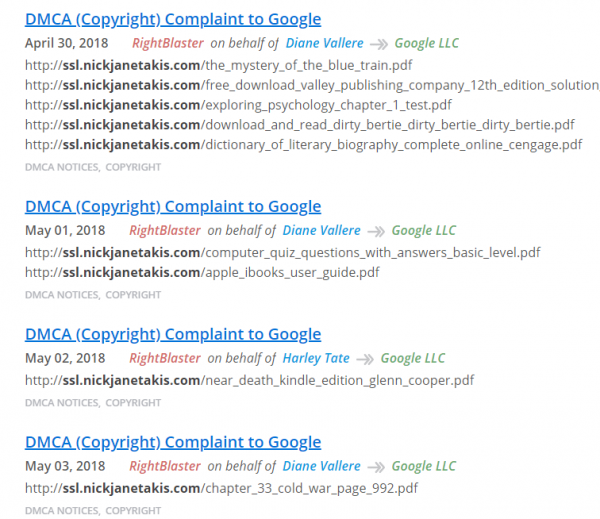 A little puzzled, TorrentFreak asked Nick if he’d managed to find out from DigitalOcean which pirates had been inadvertently using his domain. He said he’d asked, but the company wouldn’t assist.

“I asked DigitalOcean to get the email contact of the person who owned the IP address but they denied me. I just wanted to know for my own sanity,” he says.

With results now dropping off Google very quickly, TF carried out some tests using Google’s cache. None of the tests led us to any recognizable pirate site but something was definitely amiss.

The ‘pirate’ links (which can be found using a ‘site:ssl.nickjanetakis.com’ search in Google) open documents (sample) which contain links to the domain BookFreeNow.com, which looks very much like a pirate site but suggests it will only hand over PDF files after the user joins up, ostensibly for free.

However, experience with this kind of platform tells us that eventually, there would probably be some kind of cost involved, if indirect. 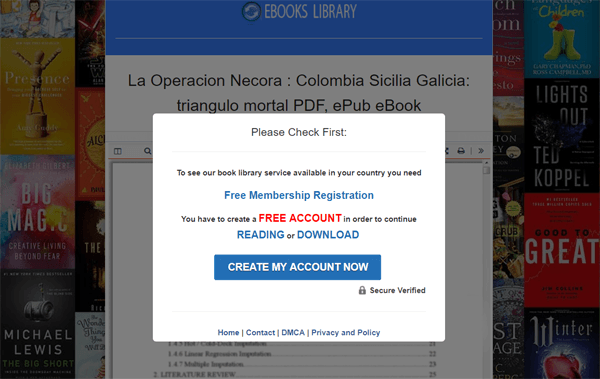 So, after clicking the registration link (or automatically, if you wait a few seconds) we weren’t entirely shocked when we were redirected briefly to an affiliate site that pays generously. From there we were sent to an advert server which caused a MalwareBytes alert, which was enough for us to back right out of there.

While something amazing might have sat behind the doors of BookFreeNow, we suspect that rather than being a regular pirate site, it’s actually set up to give the impression of being one, in order to generate business in other ways.

Certainly, copyright holders are suspicious of it, and have sent numerous complaints to Google.

In any event, Nick Janetakis should be very grateful that his domain is no longer connected to the platform since a basic pirate site, while troublesome, would be much more straightforward to explain. In the meantime, Nick has some helpful tips on how to avoid such a situation in the future.