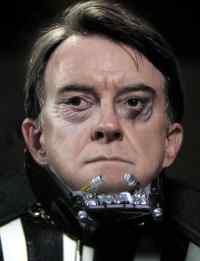 The UK Digital Economy Act, like it or loathe it, has been surrounded by an odour from the beginning, and the stench is getting ever more vile.

The Act was pushed through by Lord Mandelson, then Secretary of State (SoS) for Business, reportedly after visiting Dreamworks founder David Geffen at a villa in Corfu on 7 August 2009.

It turns out that Lord Mandelson’s protestations, that the meeting had nothing to do with his support for the initial Bill, were true.

Just released documents show that Mandelson had made his mind up before that, following meetings several weeks earlier with head of Universal Music, Lucian Grainge.

If that doesn’t sound so bad, keep in mind that at this point Mandelson’s department was conducting a public consultation on this very topic, with 2 months still to go.

Documents released from Lord Mandelson’s office this week under the Freedom of Information Act indicate that this was a waste of time, and that almost nothing any participant could have said would have made a difference.

Notes from the July 2nd 2009 meeting show Grainge stating that notices will not work, which users have been happy to verify, and that “industries are being decimated by illegal file sharing”, an odd position to take since the British Phonographic industry has noted singles sales growing by at least 30% annually for the 4 years prior to this, and album sales only slightly down on their pre-Napster figures.

They might be forgiven for this mistake, unless someone had actually pointed out the sales figures in a consultation response, which someone did, although not until the end of the consultation period, in late September, two months after the decisions had been made.

In fact, the timetable released shows that the day after meeting with Grainge, Mandelson looked to force regulator OFCOM to go straight to ‘technical measures’ (slowdowns and disconnections), followed a week later by advice that judging the effectiveness of notices wasn’t needed, based purely on the (false) claims of a music industry CEO.

16 June 2009
Final Digital Britain Report produced
02 July 2009
SoS meeting with Lucian Grainge of Universal. SoS asked for advice on options exploring whether Digital Britain proposals on peer to peer file sharing will go quickly enough and far enough.
03 July 2009
Advice to Lord Carter (copied to SoS and DCMS) on possibility of SoS having a power to direct Ofcom to go directly to introduction of technical measures.
07 July 2009
Advice (through Lord Carter) recommending that the “power to direct” process should be adopted as preferred route (rather than Ofcom decision)
09 July 2009
Letter received from Universal stating :
* Digital Britain’s two proposals: Ofcom’s letters to file-sharers and the ability for music companies to prosecute persistent offenders are not enough on their own.
* Government must start planning for step 3 now – a statutory obligation on ISPs to crack down on persistent file-sharers by cutting bandwidth and suspending and blacklisting their accounts. This is outlined in Digital Britain but not due to be implemented for years. It is essential that this power is included in the Digital Economy Bill”
10 July 2009
Advice (through Lord Carter) on removing reliance on “trigger” mechanism to judge the efficacy of initial obligations.
13 July 2009
E-mail sent to officials stating: The Secretary of State has seen the letter from Lucian Grainge and commented: “I think we should examine, including step 3 power in Bill. What is Stephen Carter’s view? Officials need to meet and discuss asap as Lucian suggests”.

Such flagrant disregard for public opinion is not all that uncommon, but to do so in the middle of a public consultation is a very questionable practice

One consultation respondent told TorrentFreak: “As someone who went to considerable effort to submit a rational and evidence-based response to the consultation on these issues, I am disappointed, although not surprised, to see that the outcome was predetermined.” The UK Pirate Party is a little more scathing.

“These documents show how outrageously complicit everyone from the entertainment industry, politicians and unions were in framing the Digital Economy Act,” PPUK Chair Loz Kaye told TorrentFreak.

“Its most controversial aspect – suspending people from the Internet – was already sorted out in July 2009. It appears that the consultation was just for show, and the lobbyists got all they asked for. There are now serious questions to be asked of successive governments’ relations to groups like Universal Music and the BPI.”

As for the Geffen issue, while it is unlikely that claims that the topic never came up are true, there can be no doubt that Mandelson was not ‘recruited’ then, but a month earlier. A fact he teased with in his denial, which emphasised that “… work on this was already well in hand before the SoS’s [Mandelson’s] holiday.”

Many thanks to Philippe Bradley and the Open Rights Group for persevering and getting these documents made public.