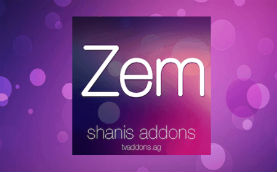 The dismissal didn’t apply to the other defendant in that case. ZemTV developer Shahjahan Durrani, Shani for short, remains at risk.

The UK based Kodi-addon programmer initially planned to defend himself but had to give up this fight due to the high costs. As a result, Dish has now requested a default judgment of nearly $2 million.

The infringements were willful, according to Dish, as Shani indirectly received multiple takedown requests from the company. That suggests that he was aware of Dish’s complaints but continued nonetheless.

If copyright infringement is ‘willful’ the rightsholder can request the maximum amount of statutory damages, which is $150,000 per work.

This is exactly what Dish is going for. The company further notes that this amount will serve as a clear deterrent to Shani and other Kodi-addon developers. In addition, it offers Dish the chance to recoup some of the subscription revenues it allegedly lost.

Dish argues that ZemTV infringed hundreds if not thousands of works, but limits the number in the lawsuit to thirteen titles. If the maximum amount of statutory damages for each work is granted, the total will be $1,950,000.

In addition, the broadcast provider also requests an injunction preventing Shani from engaging in any copyright-infringing activities going forward.

“Defendant’s clear willfulness and the strong need for deterrence, as shown by ongoing infringement in the face of numerous notices of infringement and intent to operate his service on the basis of stealing others’ intellectual property, justifies an award of $150,000 per work.

“The Court should grant this motion and hold Defendant liable for damages in the amount of $1,950,000 and enter a permanent injunction, which is necessary to protect DISH’s copyrights from further infringement,” Dish writes.

As ZemTV’s developer has chosen not to defend himself, there’s a high chance that Dish’s request will be granted. If that’s the case, the question remains whether Dish will ever see the full amount paid.

A copy of the memorandum in support of a motion for default judgment is available here (pdf).

IPTV Pirates Who Lost $90m Lawsuit Lose Another Worth $130m