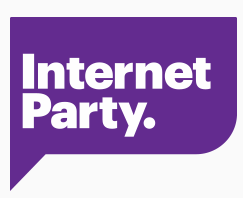 The party is currently preparing for the general election in September. While Dotcom will not be on the voting ballot himself, he remains one of the main influencers of the party’s policy.

As the name suggests, many of the party’s core issues revolve around the Internet, copyright included. Today the Internet Party released a draft of its copyright policy with several suggestions for an overhaul of current legislation.

One of the key issues the Internet Party wants to change is the liability New Zealanders face for using VPN services and other circumvention tools to access legal content. At the moment, it is illegal for them to stream content from U.S-based Hulu and Netflix via proxies or VPNs.

TorrentFreak spoke with Kim Dotcom who notes that consumers shouldn’t be punished for the inability of Hollywood to release its content globally. Dotcom hopes that these changes will eventually put a stop to the unnecessary release delays.

“The primary goal of this policy is to force copyright holders to release their content globally, without geographical restrictions. If a TV-show is not available in New Zealand for three months after the U.S. release, there should be no enforcement during this period,” Dotcom tells us.

“Content owners should be held responsible, not the public. The ‘geo blocking’ proposal forces Hollywood to change its business model and release its content worldwide without delays,” he adds.

Dotcom hopes that the Internet Party proposal will serve as model for future copyright law that will eventually be adopted around the world.

Internet Party leader Laila Harré notes that the current situation is unmanageable. The Internet has made it possible to release content worldwide without any delays, but content owners refuse to give consumers what they want.

“A Kiwi who wants to watch the latest season of first run TV shows like Games of Thrones, for example, shouldn’t be forced to jump through hoops to access what should be legally and easily available online. It’s a ridiculous situation in this day and age,” Harré notes.

Thus far most progress has subsequently been drawn in the opposite direction. In an attempt to crack down on people who bypass geo restrictions, Hulu recently started to ban all visitors who use a VPN connection.

Instead of fighting circumvention, the Internet Party believes that copyright holders should address the root of the problem themselves. Making sure that the latest TV-shows can be watched legally is a must, and although some progress has been made over the years, the legal options are still lacking.

“Some excellent work has been done by some copyright owners and content providers to make good legal options available to New Zealanders. But there’s still a long way to go, especially for some types of content such as globally popular first run television shows broadcast overseas but not available in New Zealand for weeks or months, if at all,” Harré says.

The full draft of the Internet Party’s copyright and open research policy is available here.