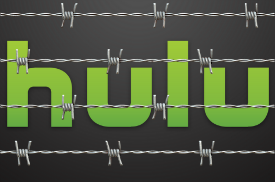 Free and legal streaming services such as Hulu have been proven to slow down piracy rates in the United States.

At the same time, however, they also created a new problem. With a relatively cheap VPN subscription, people from all over the world can connect to the site via a U.S.-based IP-address and bypass its geographical restrictions.

In an effort to deal with these unauthorized users, Hulu has started to block visitors who access the site through an IP-address that’s linked to a VPN service. This blockade also applies to hundreds of thousands of U.S. citizens.

Hulu’s blocklist was implemented this week and currently covers the IP-ranges of all major VPN services. People who try to access the site through one of these IPs are not allowed to view any content on the site, and receive the following notice instead.

“Based on your IP-address, we noticed that you are trying to access Hulu through an anonymous proxy tool. Hulu is not currently available outside the U.S. If you’re in the U.S. you’ll need to disable your anonymizer to access videos on Hulu,” the notice reads. 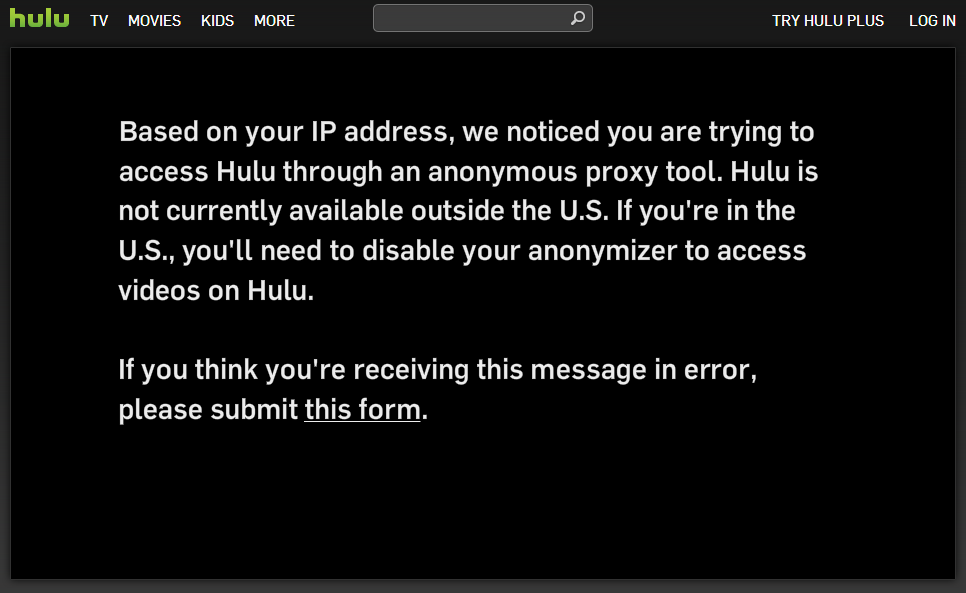 The sudden blockade hasn’t been announced publicly by Hulu, but it’s clear that the service wants to lock out all foreign users. The main reason for this is most likely to please TV networks and movie outlets.

Previously, entertainment industry sources in Australia complained bitterly that “VPN-pirates” were hurting their business, as tens of thousands of potential subscribers were using the U.S. version of Netflix.

However, the problem with Hulu’s blanket ban on VPN services is that U.S. citizens are forced to give up their privacy as well. They can still watch Hulu, but not securely. TorrentFreak has contacted several providers, who dealt with dozens of complaints on this issue yesterday.

VikingVPN was one of the first to notice the change, and TorGuard and Private Internet Access have been dealing with the fallout too. The latter is currently engaged in discussion with Hulu hoping to find a solution.

“We have an existing relationship with Hulu and are reaching out to them directly to see what we can do about fixing this issue,” Lee adds.

VikingVPN is disappointed with Hulu’s decision as well, and rightfully points out that the streaming service could at least implement SSL to protect the privacy of its visitors.

“We’re upset that our users would have to disconnect from our service in order to access Hulu. We encourage users to remain connected in order to guard their privacy, 24/7. Hulu could mitigate a small portion of this concern if they would at least implement SSL on their website,” VikingVPN’s Micah Greene tells TorrentFreak.

TorGuard informs us that not all of their shared IP-addresses have been blocked yet. When this happens, they plan to role out more dedicated IPs which are likely to remain undetected.

“In the event of wide-spread IP blocking a quick fix for the problem is to use a dedicated VPN IP. This ensures that no other user on the network has registered an account under that same IP address,” TorGuard’s CEO Ben Van Pelt informs TF.

“TorGuard has thousands of dedicated IPs on hand in our US locations and we’ve already seen an increase in purchases for this add-on today,” Van Pelt adds.

The above makes it clear that there may be ways to circumvent the Hulu blockade, so U.S. citizens can still keep their VPN connection alive while watching.

However, it’s clear that Hulu is taking a stand against foreign “pirates” who use their service without permission.