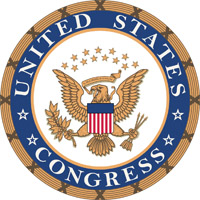 Over the past 12 years the Congressional International Anti-Piracy Caucus has worked to highlight enforcement practices in need of improvement and to place countries perceived to be falling short of United States standards under the spotlight.

Yesterday the caucus became the International Creativity and Theft-Prevention Caucus, a change of name shunning the term ‘piracy’ in favor of an artist-focused theme that furthers the notion that infringement is the same as stealing.

As usual there are international winners and losers in the caucus report. On the up are Italy and the Philippines, with the former taking especially drastic steps to combat online file-sharing, including the blocking of ‘pirate’ sites by an administrative body, no court process required.

“In light of the reforms undertaken and a greater commitment to enforcing the law, both nations were removed from the Special 301 Report for the first time in its 25 year history. The caucus applauds Italy and the Philippines for undertaking reforms that recognize the importance of fostering creativity,” the report reads.

But in terms of improvements, the praise stopped there. In the file-sharing space, Switzerland came under attack after a momentous court decision four years ago

The controversy surrounds the so-called ‘Logistep Decision‘. The Logistep anti-piracy outfit became infamous in the latter half of the last decade for their work providing tracking services for copyright trolls in Europe and the UK.

In 2010 following several years of legal wrangling and controversy, the Swiss Federal Supreme Court ordered the anti-piracy outfit to stop harvesting the IP addresses of file-sharers. Underlining the notion that IP addresses are private data, the court’s decision effectively outlawed the tracking of file-sharers in Switzerland with the aim of later filing a lawsuit.

In its report the caucus says that Switzerland’s timeline (18 months minimum) for bringing the country “back up to international standards for protection of copyright” is unacceptable so the country will remain on the Watch List. That position is unlikely to change anytime soon considering the long Swiss tradition of respecting privacy.

Unsurprisingly the main site mentioned in respect of Russia is local Facebook variant vKontakte. The site has come under sustained attacks from both the RIAA and MPAA and the caucus is happy to keep up the pressure in 2014, despite Russia’s efforts to really tighten up local copyright law.

“The Caucus urges the Russian Government to take prompt action against websites that actively facilitate the theft of copyrighted materials, in particular vKontakte which was again named as a Notorious Market while remaining one of the most highly trafficked websites in Russia. Given the scale of online piracy emanating from Russia, it is crucial the Russia take serious and large scale action to enforce the law against rogue actors and end their status as a haven for digital piracy,” the report reads.

As expected, China is yet again subjected to criticism, despite clear signs that the country is changing its attitudes towards IP enforcement.

“Though the climate for intellectual property has improved, driven in part by a growing domestic creative sector within China, the scale of piracy remains massive, inflicting substantial harm to American and Chinese creators,” the caucus says.

And despite playing host to a large local creative industry, the caucus says that India is not doing enough to protect IP either, with high rates of camcorder movie piracy and a lack of effective notice-and-takedown procedures both aggravating factors.

Given the current collaborations between governments and the private sector with their “follow-the-money” approach to dealing with infringement, it’s no surprise that the caucus has focused a section of its report on this initiative.

Current momentum sees strong international efforts to eliminate the appearance of major brands’ advertising on ‘rogue’ sites and the caucus reports further progress on that front. The Association of National Advertisers (ANA), American Association of Advertising Agencies (4As), and Interactive Advertising Bureau (IAB) have all reported taking “concrete steps” towards evaluating “digital ad assurance” technologies to keep revenue away from pirate sites.

In a response, RIAA Executive Vice President Neil Turkewitz praised the caucus for its efforts.

“Their work on advertising has already led to various improvements, and we hope that soon the lure of generating money from advertising will no longer be viable for sites serving as distribution hubs for infringing content,” Turkewitz said.

Echoing the words of Italian Ambassador Claudio Bisogniero, who had been invited to the report’s unveiling in recognition of his country’s anti-piracy achievements, the MPAA reiterated that the protection of copyright on the Internet is essential to the development of business.

“At the MPAA, we couldn’t agree more, and deeply appreciate the steps being taken by the caucus to help protect the creative industries and the millions of workers they employ – both here in the United States and abroad,” the MPAA conclude.