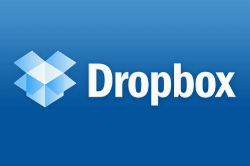 There are dozens of sync and backup services available on the Internet, but most have a major drawback. They rely on external cloud-based hosting.

This may work well for smaller files, but when large videos have to be distributed among several devices people may run into trouble. This is one of the reasons why BitTorrent Sync has become quite popular.

Dropbox, one of the leading cloud syncing services, also appears to realize that there’s an opportunity here. Behind the scenes the company has been working on a technology that allows users to share files across different devices through secure P2P transfers.

This month the company scored a patent for a secure peer-to-peer synchronization system through which users can quickly share and collaborate on files without uploading them to Dropbox’s servers.

“Peer-to-peer distributed sharing of the content items in such an online content management system can eliminate bottlenecks, thereby increasing the speed at which the content items can be shared among the individuals,” Dropbox explains

“In particular, in peer-to-peer distributed sharing, the individuals can directly transfer the content items from one computer or electronic device to another, instead of uploading and downloading the content items to and from remote storage in the online content management system,” they add. 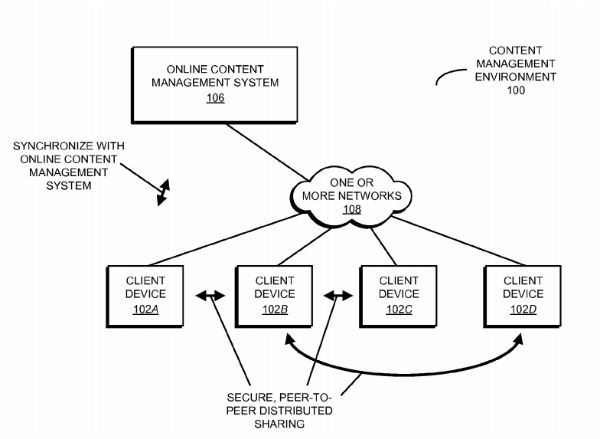 This type of peer-to-peer sharing is useful for groups of people who require access to the same files, especially if they are large. In addition, the technology could also help to quickly share the files of one person between different devices.

However, P2P syncing can also lead to all kinds of conflicts and errors, in particular when more people are working on the same file at the same time. After all, the system must know what files are the most recent and how to properly distribute them.

To address this Dropbox’s system will allow users to provide a cryptographic key to a server. This signals what version of the file they have and how it should be synchronized across the other devices.

“…the recipients can use the cryptographic key during peer-to-peer distributed sharing of the version of the content item among the user and the recipients in a shared network (intranet or Internet) without synchronization conflicts …,” the patent reads.

The patent is an interesting development. If Dropbox goes ahead and implements a form of peer-to-peer syncing then this would greatly increase the appeal to users who share large data files, such as editors and graphic designers.

In a way it’s framed as a competitor for BitTorrent Sync, which specifically targets this niche. Launched in 2013, BitTorrent Sync allows users to become their own cloud and share massive files without storing them on external central servers.

BitTorrent Sync previously announced that it was seven times faster than Dropbox, which may have prompted the cloud syncing service to follow BitTorrent’s peer-to-peer lead.