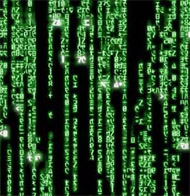 While downloading content for later playback has been the mainstay of BitTorrent aficionados for well over a decade, streaming of content continues to gain popularity with many users.

More recently, torrent users have been getting in on the act too, with the streaming abilities of the popular Popcorn Time application. However, this software uploads too, meaning that users can be exposed to claims of copyright infringement. Streaming directly from a single source (often a website) rarely carries such risks.

As a result a whole new market as flourished, one which has seen highly modified versions of software such as Kodi installed on set-top boxes, offering free and almost risk-free streaming of movies and TV shows to the masses.

This availability hasn’t gone unnoticed by Dutch anti-piracy outfit BREIN, who have been taking action on several fronts against this unofficial market. As part of those efforts the group filed a copyright case against Moviestreamer.nl, a site that sells hardware for the purposes detailed above. BREIN asked for an injunction against the site, claiming that its actions constitute infringement.

However, in a decision published this week, BREIN was informed by the Midden-Nederland court that it would not be handing down a ban on the sale of devices offered by Moviestreamer. The problem (and indeed the answer) lies in a separate case BREIN has pending against Filmspeler.nl, another vendor of similar devices.

Filmspeler.nl sold media-players bundled with XBMC and pre-installed addons which provided hyperlinks to unlicensed sites offering movies, TV shows, live sports and music. Filmspeler was clear on the purpose of its devices, marketing them with slogans such as “Never go to the cinema again”, “Netflix is the past” and “Never pay again.”

Another claim made by Filmspieler is that its devices are legal. “Downloading (from illegal source) is illegal but streaming is not,” the site said. This appears to be a reference to a decision by the Dutch government last year which banned the downloading of content from illegal sources but did not specifically mention streaming.

BREIN disagreed and asked the court to rule that the trader infringes copyright by linking to illegal content and that the streaming of that content also constitutes infringement. Seeking clarification, the court referred several questions to the EU Court of Justice, including whether the legal requirement of ‘lawful use’ is met if a temporary reproduction is made during the streaming of unauthorized content.

The fact that questions are already with the EU Court of Justice shows that there is indeed “reasonable doubt” but that will necessarily change with a ruling. Indeed, the court said that if it is established that streaming from illegal sources constitutes copyright infringement, it is plausible that facilitating access to the same would also be unlawful.

Simply put, as long as streaming from illegal sources is not officially illegal, selling devices that offer that ability are not yet illegal either. While BREIN may prevail longer term after a potentially positive EU ruling, in the meantime the group intends to appeal.

It is not yet clear when the EU Court will hand down its decision.