This week the FBI announced that it had helped take down 37,479 websites, most of which sold counterfeit goods.

The enforcement action was a continuation of operation “In Our Sites” which began in 2010. At the time, several piracy related websites were among the prime targets including torrent search engine Torrent-Finder.com.

The torrent site, which didn’t host or link to any infringing content, had its domain name seized for allegedly infringing copyrights and the authorities announced that an investigation was ongoing.

Torrent-Finder’s owner Waleed Gadelkareem was genuinely surprised by the actions of the US authorities and became determined to fight the seizure. He had never run into copyright issues before and maintained that his Egypt-based business was perfectly legal.

With help from U.S. lawyer David Snead, TorrentFinder decided to appeal the seizure. TorrentFinder’s operator opted to do this outside of court, through an administrative enforcement process.

This process lasted nearly half a decade and a few days ago the authorities informed TorrentFinder that they would no longer pursue the case. The DoJ accepted the torrent site’s “offer in compromise,” which among other things states that it will comply with takedown requests. 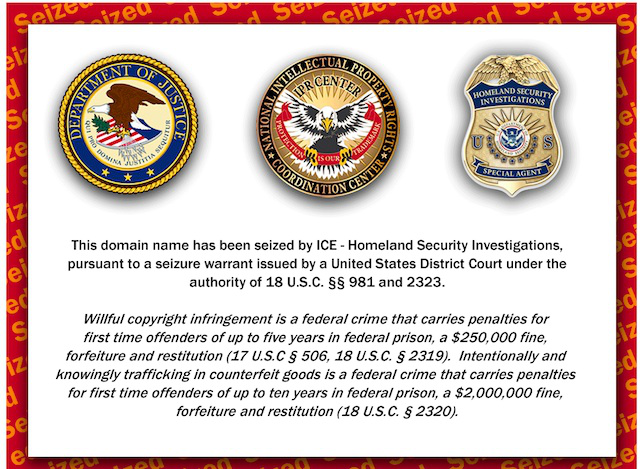 The Torrent-Finder.com domain was officially released late November and is now in the hands of the original owner again, who is redirecting it to the torrent section of his new search engine AIO.

While the authorities don’t officially endorse the site, it’s clear that their case against it wasn’t strong enough to follow-up with a prosecution.

Despite the positive outcome, Torrent-Finder’s former lawyer David Snead says that it’s disappointing that it took the authorities half a decade to reach their final decision. Avoiding a court battle actually slowed down the process.

“The procedure we used was presented to us as an alternative to litigation, and possibly speedier,” Snead told TF this week.

“The length of time that it took for this matter to be resolved is very troubling. It indicates that the domain name seizure process does not have built into it respect for due process that is the hallmark of the U.S. legal system.”

Due process is important as Torrent-Finder’s traffic was hit hard by the seizure, a drop many other websites may not have survived. The torrent search engine didn’t give up though, and it’s successor is still around today.

We spoke to Torrent-Finder’s operator who told us that he’s happy to have his domain back. Still, he’s not pleased with how the U.S. Government handled the case.

According to Gadelkareem the entire case was based on inaccuracies and mistakes. A lot of the evidence was factually incorrect, something he could only highlight after his domain was taken away.

“A child would have made a stronger case. I think they did not expect any response from my side. That is how they came up with the most hilarious evidence you could imagine,” Gadelkareem says.

“I was able to view posts by the user ‘Torrent Finder,’ including ‘Top 10 Most Pirated Movies on BitTorrent,’ ‘Piracy in The Music Industry,’ ‘The First Episode of ‘The Walking Dead’ Leaks to BitTorrent,’ and ‘Piracy domain seizure bill gains support,’ he wrote. 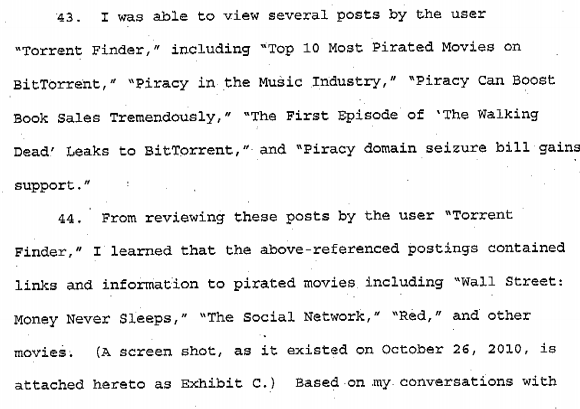 The cited articles were actually copies of TorrentFreak news. These were automatically pulled from our RSS feed and of course did not link to any copyright infringing material.

While Torrent-Finder.com is now in the hands of its original owner once again, it was almost scooped up strangers. The DoJ remained sloppy until the end and simply let the domain expire instead of transferring it as promised.

“I kind of expected this to happen, so I created a backup account to catch the domain if it expired, and that is where the domain ended up,” Gadelkareem says.

“If I didn’t create that backorder then I would not have the domain name back right now.”

TorrentFinder’s operator is still frustrated about the trouble he’s had to go to but is glad that he can now put the matter behind him. Defeating copyright infringement claims from the U.S. Government is quite an achievement and seeing the feds run into problems of their own helped to ease the pain.

“Seeing scandals such as the NSA spying program brought me some peace in the end,” he concludes.