There are many factors responsible for people illegally downloading content from the Internet. Of course, some just like the idea of something for nothing, while others may not have the means or ability to pay, but pricing is only part of the story.

After a decade-and-a-half of consumers crying out for content to be made available online in a timely fashion, only now are there truly encouraging signs that the entertainment companies are at least on the right track, with the music industry making better progress than most.

But with its emphasis on keeping theater, PPV, DVD and other revenue channels sacred and in a pretty strict sequence, Hollywood has other ideas. The studios are still years away from debuting all movies online and in theaters on the same day which inevitably leads to piracy.

This week, however, an MPA-affiliated anti-piracy group claimed that having an early online release only leads to movies being pirated more.

The movie had its theatrical release in its native Denmark on Christmas Day 2013 but no copy appeared on torrent sites. Usually a movie would then get released in theaters in other countries, but instead it appeared on the U.S. version of iTunes on March 6, 2014. Shortly after the movie appeared illegally online, and quickly became a bit of a hit. 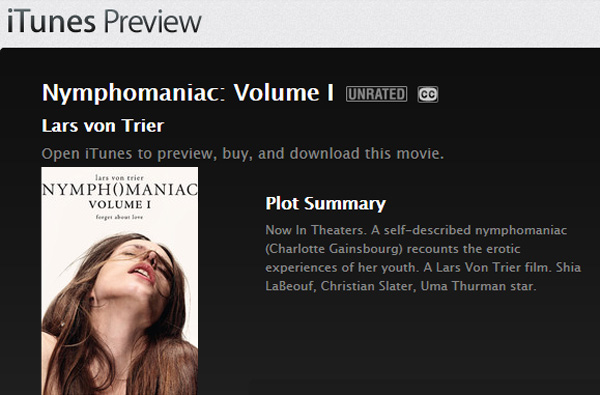 Anti-piracy group Rights Alliance said it hired US-based MarkMonitor to track downloads of the movie and discovered that in the first two weeks after airing on iTunes, the movie was illegally downloaded more than 283,600 times. By March 24 that number had increased to almost 349,000 downloads.

Commenting on the findings, lawyer and Rights Alliance chief Maria Fredenslund said that the large number of illegal downloads go towards dispelling the notion that people download less when content is made available quickly online.

“We often hear the story that if only the movies came out earlier in the legal market, then it would reduce piracy on the web,” Fredenslund told DR.dk.

“Here we see that the number of illegal downloads actually explodes while the film is being made available on the U.S. iTunes.”

But while there can be little doubt that the copies currently circulating online are from U.S. VOD sources, stating that an online release caused all this piracy isn’t really the full picture. What Rights Alliance didn’t mention was that the movie didn’t hit U.S. theaters until March 21, which left a two-week plus window in which piracy could thrive.

Also complicating matters is that distributor Magnolia Pictures only released the movie to 22 theaters on March 21, with just another 17 gaining access today. The rest will have to wait well into April, by which time part two of the movie will already be debuting.

But despite the doom and gloom coming out of Denmark, Magnolia Pictures says the movie is “doing very well.” Nymphomaniac’s budget was less than $5 million with Magnolia reportedly paying $2 million for U.S. rights.

Finally, it’s interesting that Rights Alliance admit that when they did their tracking of Nymphomaniac downloads they only came across 1,003 Danish IP addresses pirating the movie.

Did giving the movie to Denmark first contribute to that low amount? Or maybe it’s because Danes have become so familiar with obtaining foreign IP addresses to get around a 2008 blockade of The Pirate Bay and gain access to the U.S. version of Netflix, they have since disappeared into the crowd.