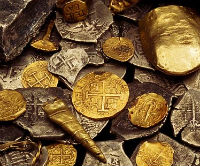 Over the past several years Belgian music rights group SABAM has pressured Internet providers to take responsibility for online piracy.

An attempt to force ISPs to monitor and filter copyrighted material found itself stranded in the European Court, but the group has not given up.

This week SABAM sued the Belgian ISPs Belgacom, Telenet and Voo, claiming a 3.4 percent cut of Internet subscriber fees as compensation for the rampant piracy they enable through their networks.

SABAM argues that authors should be paid for any “public broadcast” of a song. Pirated downloads and streams on the Internet are such public broadcasts according to the group, and they are therefore entitled to proper compensation.

“The ISPs make profits by offering Internet subscriptions through which movies and music can be downloaded and thus need to pay royalties,” SABAM states in a comment on the case.

The proposed “pirate tax” would not make it legal for consumers to download from unauthorized sources.

For their part the ISPs criticize SABAM’s demands, which would effectively require all customers to pay a “tax” while only a small minority download or stream unauthorized music.

“What SABAM wants is tantamount to imposing a linear tax,” says a Belgacom spokesman. The ISP further points at European legislation under which they are not liable for the traffic of their consumers.

“A postman doesn’t open letters he delivers. We are also just transporting data, and we are not responsible for the contents,” Belgacom says.

Telenet responds with a similar claim, pointing out that they cannot be held liable for pirating consumers.

“Providing Internet access is a ‘mere conduit principle’: Forwarding information without any intervention also means that an Internet provider can not and should not be liable for the content distributed over the Internet,” the ISP says.

Aside from the question of whether the law provides for an Internet licensing fee on ISP subscriptions, the 3.4 percent figure seems unfair as only a minority of Internet users transfer unauthorized music.

ISPA, the professional association of Internet providers, agrees with this assessment. The group further points out that those who already pay for their music will be required to pay twice if SABAM has its way.

“The so-called license fee on Internet access comes down to a tax that will hurt all consumers, including people who do not use their Internet to download music or movies. Those who download legally will be punished by SABAM’s proposal, as they will pay twice,” ISPA writes in a press release.

Internet access will certainly become more expensive in Belgium if Sabam is successful. And it may be just the beginning, as the movie, book, software, gaming, photography and other industries may also try to claim their share of the booty.

A ruling in the case is expected to be handed down next year.