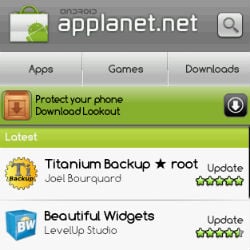 The Department of Justice announced today that it had seized the domain names of three websites offering pirated Android apps.

With help from French and Dutch police, the FBI took over applanet.net, appbucket.net and snappzmarket.com. In their place visitors to the sites now see the familiar FBI seizure banner.

The domain seizures are the first of their kind against “rogue” mobile app marketplaces. The authorities have not announced whether any of the websites’ operators were arrested.

Leading up to today’s actions FBI agents downloaded thousands of popular Android apps from the websites without charge. FBI Special Agent Brian Lamkin who led the operation described this type of online piracy as a growing problem that can’t be ignored.

“These thefts cost companies millions of dollars and can even inhibit the development and implementation of new ideas and applications. The FBI, in working with its various corporate and government partners, is not only committed to combating such thefts but is well poised to coordinate with the many jurisdictions that are impacted by such activities.” 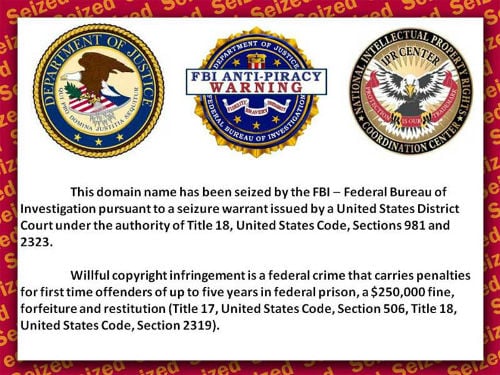 Commenting on the domain name seizures, Assistant Attorney General Breuer says that online piracy is still high on the agenda.

“Cracking down on piracy of copyrighted works – including popular apps – is a top priority of the Criminal Division,” Breuer said.

“Software apps have become an increasingly essential part of our nation’s economy and creative culture, and the Criminal Division is committed to working with our law enforcement partners to protect the creators of these apps and other forms of intellectual property from those who seek to steal it.”

Since 2010 hundreds of domain names have been seized by U.S. authorities as part of “Operation In Our Sites”. The majority of these domains offered counterfeit goods and around three dozen were linked to copyright infringements.

One domain name has since been returned because it was seized by mistake, and the owner of another domains is demanding its return through the courts.

During previous seizures several sites operators were arrested, including five people connected to the movie streaming site NinjaVideo, four of which received jail sentences. Two alleged operators of other streaming sites that were seized previously are yet to be sentenced.

Responding to this wave of seizures, last year many BitTorrent sites changed their domain names. The Pirate Bay for example switched to the .se extension, one less prone to a seizure by U.S. authorities.

Whether a similar trend will emerge among sites offering pirated mobile apps remains to be seen.