FeedMyTorrents (FMT) was a relatively new site that achieved an impressive level of popularity in a relatively short space of time. The site published RSS feeds for most popular TV show torrents – subscribing to these with a compatible client allowed those shows to be downloaded automatically as soon as they became available. The feeds were moderated by FMT staff to ensure a quality download.

Due to the site’s growing popularity, FMT started to hit problems in early 2009 – specifically those relating to capacity. According to staff on the site, every day there was a 5% increase in pageviews and registrations. More and more users meant the site consumed more and more bandwidth, which affected both the server performance and stability. This was a problem since the site was already running on a server labeled as “a piece of old junk” by staff.

In February 2009, it all started to get too much. The site needed funds to continue. Staff explained that if every visitor to the site on a single day donated $1, the site could survive for another 6 months. In the end the site raised less than half of this money, raising the possibility that another donation drive would be needed sooner rather than later, if the site was to survive. 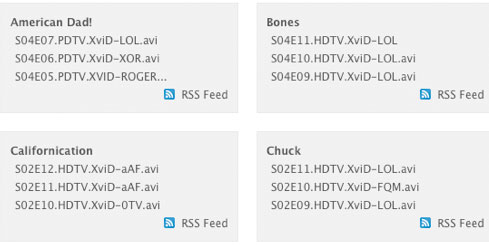 Then last week the site completely disappeared. The DNS for the domain was updated on May 12th and no longer points to the old IP address. However, the old IP address is currently still functional and shows this message;

It’s over. We’ve received several take down requests, and have decided not to test the extents of the law. We’d like to thank everyone who contributed, and for the fun times we’ve had.

That message seems fairly final, which is quite a shame. However, BitTorrent fans looking for an RSS fix still have plenty of other options, some of which are outlined in our earlier article, Top 10 BitTorrent and RSS tips.

Who’s Pirating Game of Thrones, And Why?