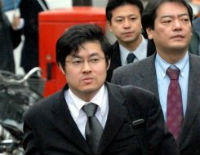 Inspired by the principles behind the Freenet network, the Winny application attempted to make its users anonymous and although this was largely achieved, flaws were later exploited by police and copyright holders.

After being released on bail the next month, the case against him started in September 2004 at the Kyoto District Court. During December 2006 he was found guilty of assisting in the copyright violations of Winny users and sentenced to pay a fine equivalent to $19,200.

Kaneko went on to appeal the decision and in October 2009 the Osaka High Court overturned the decision on the basis that Kaneko had never promoted Winny for illegal uses. This time the prosecution lodged an appeal, which took the case to the highest court in the land.

This week, Japan’s Supreme Court delivered its ruling on the case. The decision of the Osaka High Court was upheld and after 7 long years Kaneko was finally cleared of all charges.

Although there was one dissenting voice, the majority of a panel of five judges agreed that it could not be proven that Kaneko, now 41, had ever intended to promote violations of copyright law by the use of Winny. The decision on whether to break the law lay with users of the software, the judges noted.

Under current law prosecutors can still appeal the decision on technical grounds but assessments in the Japanese media suggest the ruling will stand.

The case has been closely watched by technology advocates who feared that a decision against Kaneko could have resulted in a chilling effect on software innovation. Such was the concern, a domain set up by the development community days after Kaneko’s 2004 arrest received a million hits and raised $100,000 for his defense in just 24 hours.

In the end the Supreme Court’s ruling was in tune with similar decisions around the world. As long as products aren’t marketed for infringing uses, their creators stay within the law.

Japanese BitTorrent User Avoids Virus, But Not the Police