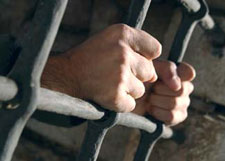 Following in the wake of last week’s failed appeal in the trial of The Pirate Bay operators and the confirmation of their jail sentences, Sweden’s Prosecution Office is warning that custodial sentences could be considered more often in future file-sharing cases.

Prosecutor Henrik Rasmussen, who is regularly involved in online infringement cases, said in an interview with Swedish media that in its ruling the Court of Appeal looked not only at the defendants cases, but at the issue of illegal file-sharing in general.

Noting that the Court referred to file-sharing as a “serious social problem”, he said that the decision to send the Pirate Bay’s operators to jail will affect how future file-sharing cases are viewed.

“If we have more cases of illegal file sharing we will discuss them in the same way, that it is a thoroughly devastating social problem,” said Rasmussen. “Therefore, jail sentences will be more widely considered.”

While the defendants in the Pirate Bay trial were convicted for a significant amount of copyright infringements, it seems that Swedish prosecutors are now looking at cases where infringements are relatively minor.

One case in hand involves a 26 year-old man from Uppsala, who last summer made 44 tracks available via a Direct Connect hub. After the music industry provided evidence to the authorities which it says proves the man shared the files, he will now be prosecuted for the alleged offenses.

“He risks a fine or imprisonment up to two years,” said Rasmusson. “I have not decided what I’m going to insist on exactly, but it is more likely to be a fine.”

So which variables does the prosecutor consider when presented with a case? What makes one man face a fine and another a jail sentence? We hope to be able to provide more details on this in the near future but in the meantime we spoke to Pirate Party Rick Falkvinge for his take. Not surprisingly, he’s unimpressed.

“This prosecutor is an anachronism and should resign. File sharing is a strong net positive to the community, and should not be a crime at all. I believe the future’s verdict against these regressive people is going to be quite harsh,” he told TorrentFreak this morning.

“If the government should interfere at all, it should rather be to hand out medals and incentives to people who share the most.”