Over the past several years there has been a drive to hold US-based ISPs liable for copyright infringements carried out by their customers.

The copyright infringement allegations can have real consequences. In 2019, a Virginia jury ordered Internet provider Cox to pay a billion dollars in damages to a group of major record labels. The decision is being appealed but at the same time, other ISPs have been dragged to court over similar issues.

This week, AT&T, the largest terrestrial Internet provider in the US, joins the list of accused ISPs. In a complaint filed at a federal court in Texas, Voltage Pictures and its affiliates, known for films such as “After We Collided,” “Dallas Buyers Club,” “Room 203,” and “The Bird Catcher”, accuse the ISP of contributory and vicarious copyright infringement.

“For years, AT&T has knowingly allowed AT&T users to engage in online piracy, the illegal distribution and downloading of copyrighted materials, including films. AT&T provides the IP addresses used for piracy, makes the connections needed to share and download pirated films, and transmits the pirated films,” they write. 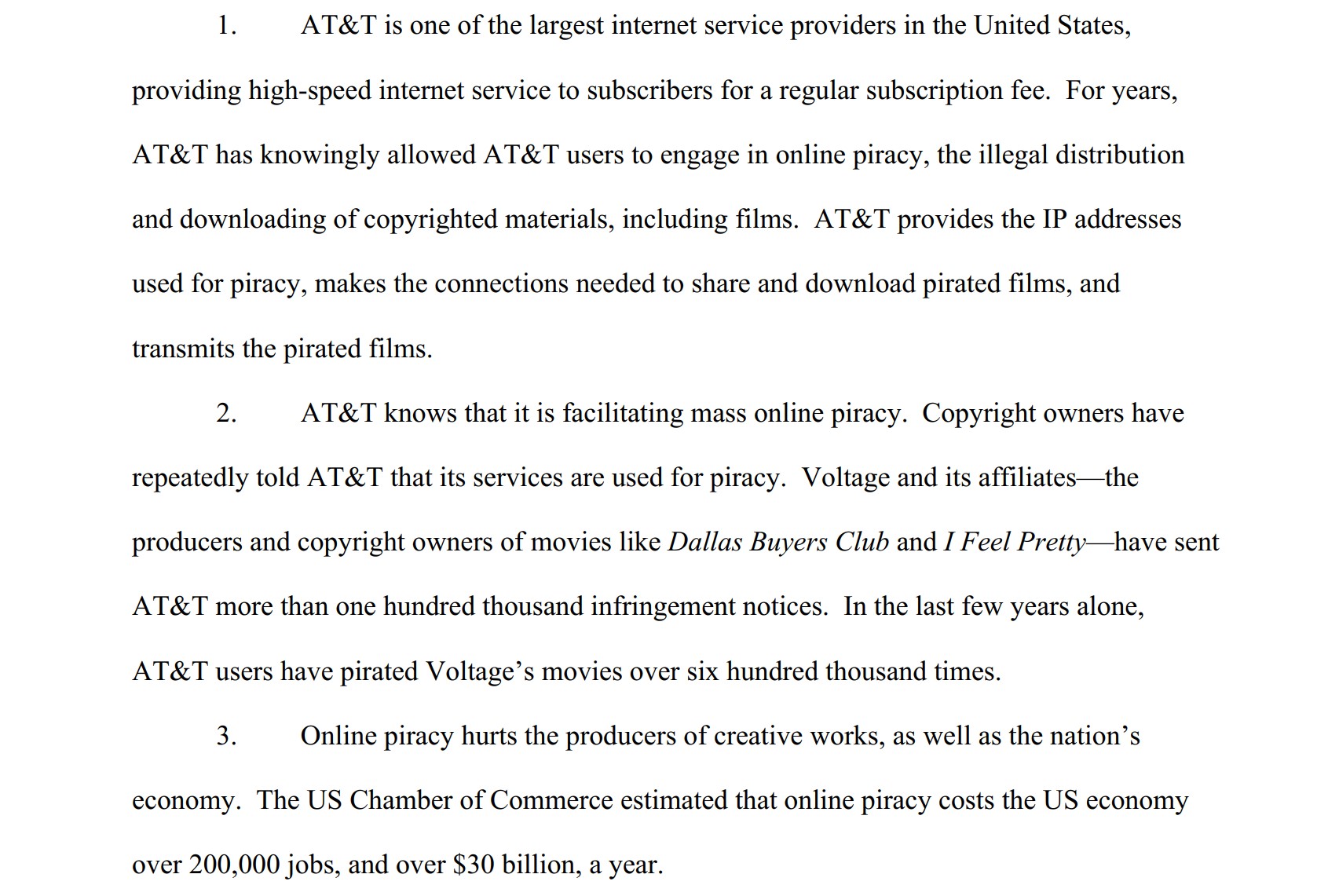 In some cases, hundreds of notices were sent for a single IP address without any visible response from the Internet provider.

In the United States, the law requires Internet providers to adopt a policy that provides for the termination of accounts of repeat infringers, under appropriate circumstances. AT&T references this in its terms but according to the filmmakers’ complaint, this policy is not sufficient.

The lawsuit specifically claims that AT&T willingly keeps repeat infringers on board because that adds tens of millions of dollars to AT&T’s bottom line.

“[O]nline piracy is lucrative for AT&T. AT&T profits from subscriptions to its internet services. Instead of taking simple steps against illegal pirating, AT&T turns a blind eye and continues to collect its customers’ subscription payments every month.”

These and other allegations will need to be backed up with further evidence, but the filmmakers are convinced that AT&T is liable for both contributory and vicarious copyright infringement.

To compensate for all piracy-related losses, the plaintiffs request actual or statutory damages, which can run into millions of dollars. In addition, they also want AT&T to terminate repeat infringers under appropriate circumstances.

As mentioned earlier, AT&T already has such as policy and the company has terminated repeat infringers in the past. According to the complaint, that is insufficient.

Finally, and of particular interest, the movie companies also want the Internet provider to block foreign pirate sites. They include YTS, The Pirate Bay, RARBG, 1337x, and others that have been called out in the US Trade Representative’s annual overview of notorious markets.

AT&T is expected to contest these allegations but has not yet responded to the complaint. When it does, we will report accordingly. 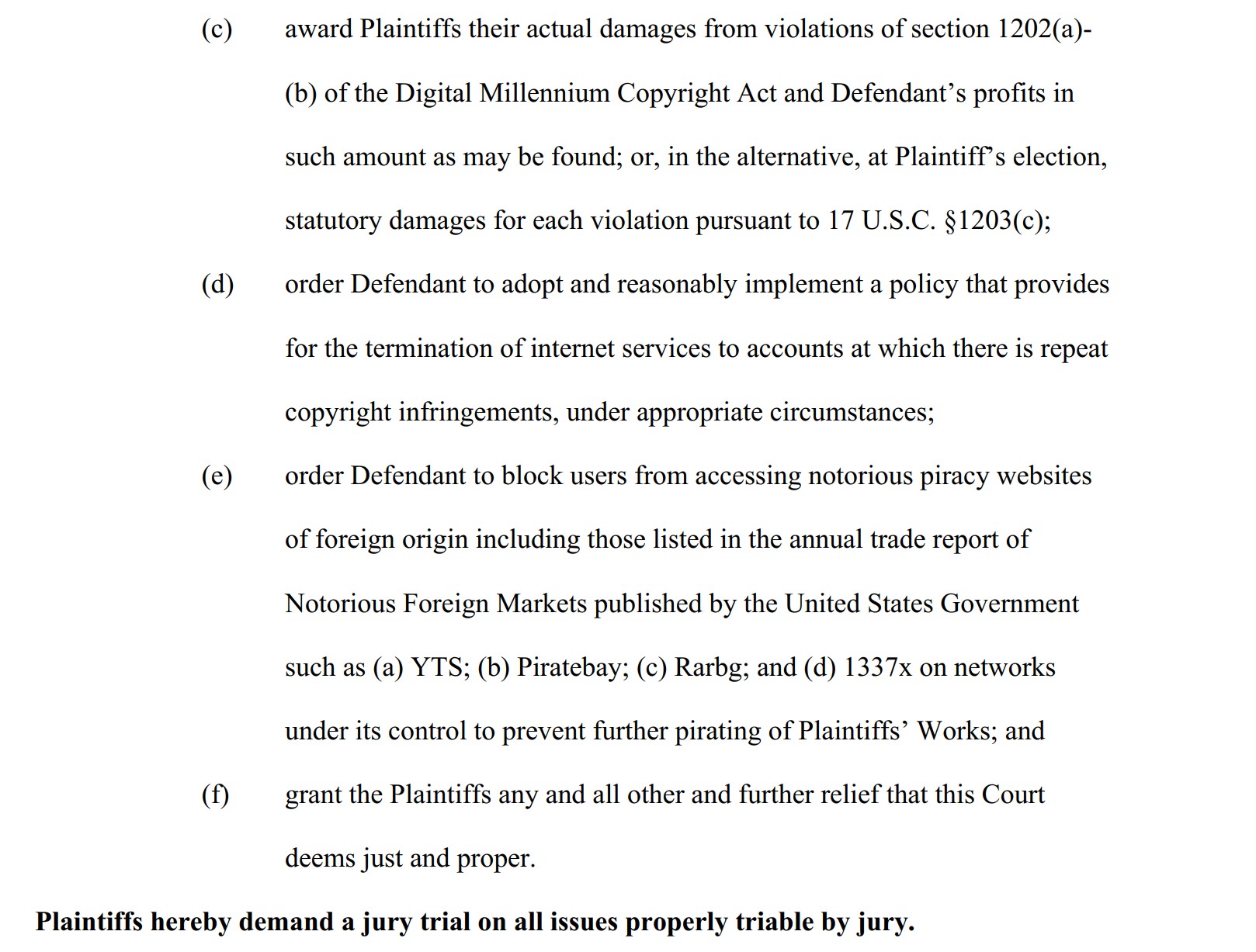 A copy of the complaint, filed by Voltage Pictures et al. at the District Court of the Northern District of Texas, is available here (pdf).