More than half a decade ago, Finreactor was the most popular BitTorrent tracker in Finland with approximately 10,000 users. In 2004 the site’s growth ground to a halt after it was raided following a request from a local attorney firm acting on behalf of major software companies such as Microsoft and Adobe.

Several admins of the site had their computers seized during the raid and some of them were even jailed for a night. Although the site never returned, the legal proceedings against the people involved would carry on for several years, becoming the largest BitTorrent-related case in terms of the number of people involved.

In separate cases both individual users and administrators of the site were charged with copyright related offenses. The prosecutor chose 24 users who had posted both torrents and shared high volumes of data, claiming criminal copyright infringement. All except one were found guilt and had to pay several thousand euros in damages and fines. 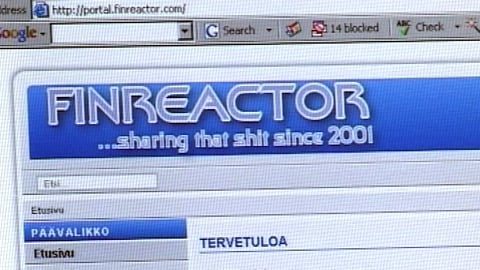 In addition to the users, 32 admins of the site were also charged. The term admin was used loosely here since some were merely moderators of the forums. Of the 32 ‘admins’, 21 were eventually convicted in the District Court. These convictions ranged from assisting copyright infringement to direct copyright infringement.

What followed were several appeals, with the cases of some of the defendants going all the way to the Supreme Court on claims that they were not guilty.

Yesterday, the Supreme Court found seven of the Finreactor admins guilty of assisting in copyright infringement. The defendants claimed that they should be found not guilty because Finractor’s users were responsible for sharing the files. The Court disagreed arguing that their role in the Finreactor network, which allowed others to share copyrighted works, was essential.

The Supreme Court sentenced the seven admins to pay 680,000 euros in damages, which will be shared among a few dozen copyright holders who joined the case. This sentence is significantly higher than the 420,000 euro fine which was handed out to the admins by the Court of Appeal in 2008.

The verdict sets a dangerous precedent according to the Finnish Pirate Party. It means that operators of web-portals could be held responsible for what their users do, which puts the people behind thousands of other sites, including YouTube, at risk.

“The Finreactor verdict is a disturbing interpretation of the liability of service providers for what users are doing, and it contradicts the principle that the postman is not responsible for the package he or she delivers,” said Pirate Party chairman Pasi Palmulehto. “The Supreme Court’s decision makes it very unclear what kind of services can be developed and when operators are responsible for what users are doing.”

The Supreme Court decision against the Finreactor admins came one day before Finland made a broadband connection a fundamental right of its citizens. As of today, every Fin has the right to at least a 1 Mbps Internet connection, one that they should use wisely.