Flixtor Finds Anti-Piracy Investigator on Its Doorstep, Shuts Down

This weekend the website of the movie torrent streaming application Flixtor suddenly went offline, and the same happened to search engine TorrentLookup.com.

Both projects were run by the same team, which is based in Canada, and were slowly but steadily expanding their user bases. This suddenly changed a few days ago when a message posted on both sites announced that the streaming app and search engine were being discontinued.

“We voluntarily decided to close all services of torrentlookup.com. Thanks to everybody that used Flixtor and bought the mobile version. We have reached the finish line,” a message now displays on both sites.

The decision came as a total surprise to users of the site and app. Flixtor, a custom-built Popcorn Time alternative based on the same Peerflix engine, was just a few weeks old.

The Flixtor app had a user interface similar to Popcorn Time, but was not a fork. Instead, it used its own code and the movies/series API from TorrentLookup.com, which claimed to have the latest releases faster. 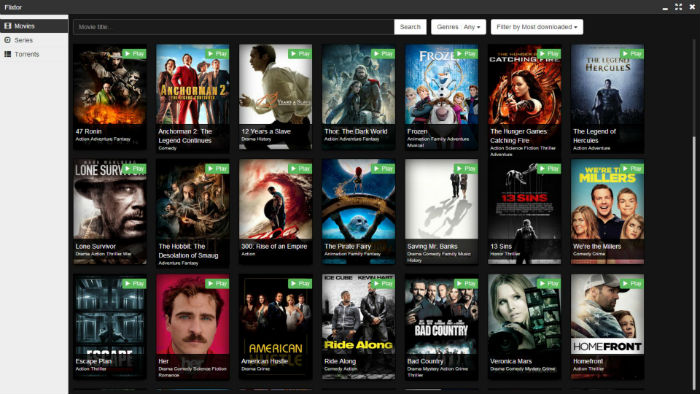 TorrentFreak got in touch with one of the developers, who informed us that the decision to close was the result of movie industry pressure. The developer in question had an investigator from the MPAA-funded Motion Picture Association Canada come by his house, and it didn’t stop there.

“They were annoying me with phone calls repeatedly, and I talked to them quite a few times,” the developer explained.

The movie industry group only had one goal, and that was to shut down the streaming application and the torrent site. The investigator threatened the developer with legal action if he refused to comply.

“They wanted me to close Flixtor/Torrentlookup and then they would drop the charges against me, which are $20,000 per copyrighted file,” the developer told us.

With the threat of a massive lawsuit on their shoulders, the people behind the two projects decided to pull the plug this weekend. Even if they wanted to, they lack the funds to properly defend themselves in court.

The above shows that, behind the scenes, a lot of pressure is being put on the people who operate torrent sites and related services. It may also explain why some sites simply disappear, or why some of the “Popcorn Time” developers ceased their activities.

TorrentFreak contacted the Motion Picture Association Canada for a comment yesterday, but at the time of publication we were yet to receive a response.