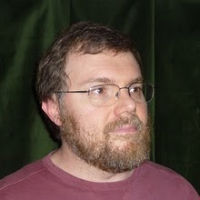 Most of the anti-piracy efforts we report on come from groups that are connected to the movie and music business, but piracy is also rampant in the gaming industry.

Last year the most pirated PC-game was downloaded 4,100,000 times and it’s pretty safe to say that this record will be broken in 2010.

The hard part is to determine what the actual effect of piracy on the revenue of game publishers is. That is, how many people would have bought the games they downloaded in a world without piracy? Also, might game piracy actually serve as a modern day demo and lead people into buying games?

While these questions remain mostly unanswered for now, it is safe to say that in a world where nobody pays for games the industry would be dead in a heart beat. Thus far however, there are no signs that this is happening, as the industry broke several sales records last year.

For the people actually working in the industry, piracy is not necessarily evil either. Although every person whose income depends on game sales would prefer a paying customer over a pirating one, there are scenarios when developers can ‘get something’ out of the latter.

In a lengthy blog post Jeff Vogel, president and primary programmer for Spiderweb Software, explains why. “This blog post is about the bright side of software piracy. It’s about the times when not only is it OK to steal my games, but, in fact, I get something out of it. Perhaps an unusual topic for a blog post from a game developer,” he writes.

While Jeff recognizes that not paying for games doesn’t really benefit the industry in most cases, he also sees an upside to the phenomenon. “Because, when I’m being honest with myself, which happens sometimes, I have to admit that piracy is not an absolute evil. That I do get things out of it, even when I’m the one being ripped off.”

He goes on to explain that he regularly gets email from people in Russia or southeast Asia or India who enjoy playing his games in a cyber-cafe, but can’t afford to buy a copy of their own. In an ultimate attempt to score a free copy, they then ask him for a free serial.

“When I get one of these message, what I want to respond is, ‘PIRATE MY STUPID GAME!!!’ I mean, seriously, the time used drafting that e-mail would have been much more profitably spent figuring out how BitTorrent works.”

Although Jeff refuses to give any free serials to these people, he sincerely hopes that they grab a free copy off BitTorrent, so they can enjoy his work after all.

“But I really hope those kids pirated my game. […] Sometimes, thanks to the vagaries of the international monetary order, my games are just out of reach any other way. And, when people enjoy my work, it gives my life meaning…”

This issue is not limited to third world countries, even in the richest nations there are millions of people who have barely enough money to get a proper meal on the table. In these cases Jeff doesn’t mind if people download a copy for personal use either.

“Someone who is facing long-term unemployment and bankruptcy probably should not pay for my game. And, in that case, if stealing my game gives them a temporary reprieve from their misery, I’m cool with that. I’m happy to help,” he writes.

Jeff’s post makes perfect sense, and there are probably hundreds of others who’d instantly agree with him. In the situations he describes piracy is not hurting sales anyway, because some people simply can’t afford to buy games.

However, it is also hard to draw the line. What if a kid, an avid gamer, who can afford to buy only one game a month downloads another copy off BitTorrent. In a year he would buy 12 games and pirate 12 – would that be fair?

Jeff concludes by saying that people should at least consider paying if they can. “If you like PC games but you usually pirate them, I want you to start actually paying for one game a year. Just one. Please. You should do it because you need to do it to help something you like to continue to exist.”

What do you think?