Modern Warfare 2 Most Pirated Game of 2009 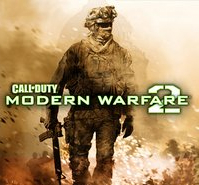 Call of Duty: Modern Warfare 2 broke records this year as the biggest ever entertainment launch in history. With 4.7 million units sold in the US and UK during the first 24 hours, it pulled in revenues totaling $310 million.

“In just five days of sell through Call of Duty: Modern Warfare 2 has become the largest entertainment launch in history and a pop culture phenomenon,” Activision CEO Bobby Kotick said commenting on the game’s success. This is, of course, reflected in the number of pirated copies being traded on BitTorrent.

With 4.1 million unauthorized downloads of the PC version alone, the game more than doubles the achievement of last year’s ‘winner‘ Spore. Modern Warfare 2 leads both the PC and Xbox 360 lists, by a landslide.

The overall trend across all platforms is that, unlike last year, all of the games are 2009 releases. What makes Modern Warfare 2’s chart-topping even more impressive is that this has been achieved after just two months of availability. We further see that the figures for the most downloaded titles have more than doubled compared to last year, equaling the growth in uTorrent users.

PC games are by far the most downloaded titles, with on average more than three times the number of downloads compared to Xbox 360 and Wii releases. As expected, Mario titles are in high demand on the Wii.

The data for these lists is collected by TorrentFreak from several sources, including reports from all public BitTorrent trackers. All the data is carefully checked and possible inaccuracies are systematically corrected.

PC Game Downloads on BitTorrent in 2009

Wii Game Downloads on BitTorrent in 2009

Microsoft Bans Halo 4 Pirates, and Some Idiots Absolutely Deserved It