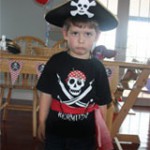 Every adult knows. Give a child a treat and before you know it all others in the vicinity are queuing up crying for the same. And if you don’t play fair with the goodies, feet are stamped until you do.

Google has been handing out treats too lately, and like parents everywhere it’s now realizing that when you do something for one and not another, you get accused of discrimination.

As usual the problems center around piracy. During October and after years of applying metaphorical Band Aids, Google flicked its algorithmic wrist, pirate sites were demoted, legal content was promoted, and the creative industries rejoiced. Well some did at least.

“Our whole industry has been turned upside down due to the stealing of adult content,” studio owner and actress Tasha Reign told the corporation.

Throw in the fact that many tube sites carry both licensed and unlicensed content and any demotion could hit legitimate creators’ distribution strategies of using thousands of adult movie clips to drive traffic to external sites.

“By working with adult companies, Google could ensure the content that is seen contains age restrictions, unlike pirated content,” protests Tasha Reign.