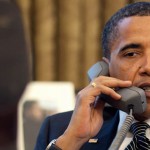 Late July a near perfect copy of The Expendables 3 leaked out onto file-sharing networks a full three weeks before the title was due to appear in theaters.

Within hours 100,000 copies had been downloaded, a figure that developed into millions in the weeks that followed. According to Nu Image, the company behind Expendables 3, more than 10 million people grabbed an illegal copy of the movie before its official August release.

Now, according to Nu Image CEO and founder Avi Lerner, that leak and subsequent box office flop has translated into serious financial implications for the company.

“Everyone wants to hide what happened on Expendables 3, especially the domestic distributors. ‘Don’t talk about it!’ But I’ll tell you there is about $250 million in box office we lost,” Lerner says.

Describing piracy as the “worst situation that ever happened” to the industry, Lerner told HR that something big needs to be done or there won’t be anything left to save.

“The whole film business is going to be the same as the music business. Within five years, we’re not going to have a business,” he said.

Of course, Hollywood tried to “get something done” in 2012 by lobbying intensively for the now-defunct SOPA anti-piracy legislation. But by asking for too much, too quickly, the possibility of knock-on consequences almost universally spooked the tech sector. The result was a huge backlash and the ruination of any chance of passing not only SOPA, but any other similar variant in the near future.

Still, Lerner feels that the buck needs to stop somewhere, and in this case it should be right at the top. Barack Obama isn’t doing enough, the Nu Image CEO says, and that stems from the President’s fear of upsetting the Internet.

“It’s sad because if we had a good president that cared about the film industry he would pass a very simple law, an anti-piracy law, but they don’t want to stop it because they are scared of Google, and he’s scared of all the ISPs,” Lerner says.

Google’s power and money not only scares off the President but Congress too, Lerner adds. Furthermore, plenty of that revenue is coming piracy-related sources, so the company has no incentive stop it.

“Google has no interest to stop [piracy] because the more people download the movie the more traffic they get. And without traffic they don’t get revenue from advertising. So they’re happy there’s piracy in the world,” Lerner insists.

Of course, Google has made some recent anti-piracy overtures with a fairly drastic modification of its search engine algorithms, changes that have hit torrent sites particularly hard. But while Google might have the power and the money, it is not the gatekeeper of the Internet and leaks of movies like The Expendables 3 will happen regularly, with or without the gaming of search engine results in Hollywood’s favor.

In the meantime Google will keep getting blamed for other people’s problems, and not even the White House will be able to do anything about that.