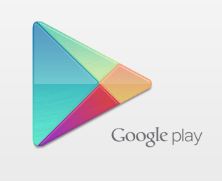 The word “launchpad” has many meanings, but in the world of mobile apps it has become an established term to describe apps that allow people to create music simply by clicking on the screen.

Over the years hundreds of “launchpad” apps have populated various app stores, often using the popular keyword as part of the software’s description or title.

Most recently, however, dozens of Android developers were notified that use of the word was not authorized after UK-based audio equipment manufacturer Focusrite sent Google Play a takedown notice listing several dozen launchpad apps as trademark infringers.

One of the apps covered in the complaint is Alexander Nowak’s “Dubstep DubPad Buttons” app. Novak released the app a few weeks ago after he turned 18 and it generated hundreds of thousands of downloads since.

According to Focusrite, however, the app infringes on their trademark for using the word “launchpad” in the description. Google encouraged the developer to resolve the issue, which Novak did by removing the challenged word, after which his downloads plunged.

“I removed the keyword in my description, resulting in having way less downloads since a couple of hours,” Nowak tells TF.

For other developers referenced by the takedown notice the effects are much worse. It appears that all apps using the word “launchpad” have been removed from Google Play.

The trademark underlying the request is brand new and was published for opposition early January. As with many trademarks its description is quite broad, including many possible uses.

According to Novak this trademark definition is too broad, covering many aspects that have nothing to do with how his and other launchpad apps operate.

“I don’t know how a Launchpad could even indirectly ever make a ‘transmission of sound’, I have never seen anyone running a ‘parametric, semi-parametric, graphic, peak and program equalizer’ on it and I really doubt that it has anything to do with ‘downloadable music files’,” the developer says.

“I think Focusrite’s claim on that is ridiculous. I can understand when they want to fight piracy, industrial espionage or anything that actually harms them. But with that stupid complaint they are literally just aiming to destroy some indie dev’s businesses, which I think makes them the cockiest enterprise ever,” he adds.

The developers who lost their apps will be able to resubmit them under new names. However, they will have to drop their existing branding and will probably miss out on many customers.

Focusrite currently only has an app for iOS devices, but considering the recent Google Play purge, it’s likely that they will have an Android one out soon.