Harry Potter and the Deathly Hallows leaked to BitTorrent 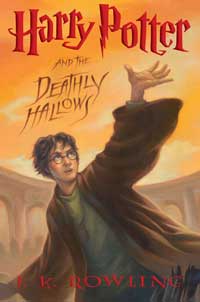 We first got wind of this when two torrents of the book appeared on Demonoid.com. They became immensely popular with over a 1000 leechers and seeders each. But after some time were removed by either the uploader, or more likely, the moderators, in a move to avoid the attention of bloodthirsty publishers.

Not surprisingly, both those torrents spread over to mininova and several other sites and are still going strong (update: mininova removed the torrents). One of the torrents only has the first 495 pages of the book, whereas the second is the complete book.

Over the past couple of weeks, numerous torrents have surfaced online claiming to be the 7th and last Harry Potter book. They are all fakes. Fan fiction. This one, on the other hand, is the real thing. Someone has managed to get their hands on the American edition of the book and has photographed each page of the book and uploaded it to BitTorrent.

The main complaint that’s coming up in comment threads on these sites is that the quality isn’t great. You can just barely manage to read each page. And as some downloaders promptly noted, a few pages cannot be read at all without editing the images in Photoshop.

Die-hard fans of the series will undoubtedly rush to grab a copy of the torrent for themselves. But anybody else would really have to see whether reading the book a week before the rest of the world is worth risking their eyesight and brains, squinting to make out what happens when Harry confronts He-Who-Must-Not-Be-Named for the last time.

If you’re the type of person who likes spoilers, check out this page.