HBO Plans to Combat Game of Thrones Piracy, Sort Of 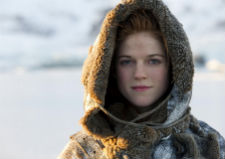 With 4.3 million downloads per episode, Game of Thrones was the most pirated TV-show on the Internet last year.

With the third season of the popular TV-series premiering at the end of the month, this questionable honor has been brought up a few times in the media.

Last week the show’s director, David Petrarca, noted that these unauthorized downloads actually do more good than harm. According to the director, pirates are partly responsible for the “cultural buzz” the show needs to thrive and survive.

Some of the show’s actors are more reserved though. Talking to the BBC actors Nikolaj Coster-Waldau (Jaime Lannister) mentions that he has mixed feelings about the “most pirated” title.

“There is a little part of you where you go, yes, we’re the most pirated .. But then you go… This is really bad isn’t it,” he says.

The actor hopes that some of the pirates will end up buying a DVD or Blu-Ray, but he clearly has his doubts. “At the end of the day it’s stealing. I know it doesn’t feel like it but it is, and it’s not right.”

Rose Leslie, who plays Ygritte, understands that HBO is not going to be thrilled about the ‘achievement’ but sees the massive piracy as a compliment nonetheless.

“I suppose it’s a bit of a backhanded compliment, isn’t it? I don’t think HBO will be too happy, but yes, one way or another that’s a huge compliment. Not just to me but to the show as a whole,” she says.

For their part HBO admit they are somewhat to ‘blame’ for Game of Thrones’ high piracy rates. In previous years it was impossible to view the show legally in many locations, and HBO will do better on this front in 2013.

Jeff Cusson, HBO’s senior vice president of corporate affairs, told Forbes this week that Game of Thrones will be available in 176 territories very shortly after the U.S. release.

“We think the key to combating piracy is to make content like Game of Thrones available worldwide within the smallest window possible…to 176 territories within the week of the U.S. premiere,” Cusson says.

It’s unclear what “territories” Cusson is talking about but more availability is certainly a good thing. Whether it’s good enough remains to be seen, as even a 24-hour delay may be too much for die-hard fans of the show.

In addition, it’s not ideal that some people have to buy a full HBO subscription just to see one show. To many people this feels like a waste of money. After all, you don’t buy a full car if you only need the rims.

If HBO really wants to tackle the high piracy numbers it probably has to take more drastic measures.

What would make a serious dent in the piracy rate is if HBO began selling a worldwide season pass for Game of Thrones alone, allowing people to see the entire season on their favorite device, without any delays for a reasonable price.

HBO is not oblivious to this option but would rather stick to their full subscription model with its regional limitations. Apparently, the network believes that this is the best long-term strategy.

This means that they can probably take another “most pirated” title for granted.