Are you aged between 30 and 40 with a background as a Chief Financial Officer in a global business turning over between $5 and $50m? Looking for something new and exciting?

If so, you might want to contact Kim Dotcom, as he could have just the career development you’ve been looking for.

Through an ad listed in New Zealand’s TradeMe, Mega are looking to boost their financial team with a new CFO. The company has its collective eye on the New Zealand or Australian stock markets and is looking for someone with an extensive list of qualities that only the select will be able to match.

“Due to some aggressive growth plans, we require a full-time CFO capable of taking the company from just after initial setup, through rapid growth and to IPO within the next 18 months.”

The successful applicant will have to have 10 years as a Chartered Accountant under his or her belt, plus proven experience in raising capital and the IPO process in either New Zealand or Australia.

Another stipulation is NZ residency (or a valid NZ work permit), with the former being at least theoretically useful in mitigating the overzealousness of New Zealand’s GCSB agency. 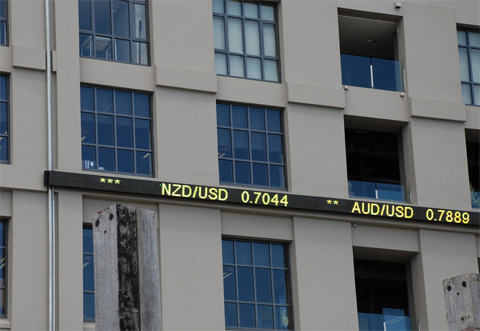 But alongside the lofty aspirations of the new Mega runs complex and broad legal action. That is currently centered on the question of whether Kim Dotcom and his associates should be extradited to the United States to face charges of copyright infringement, money laundering and racketeering.

At this very moment a secret hearing is underway in the High Court in Auckland. Justice Helen Winkelmann is presiding over a discussion into police actions on the day of the initial Megaupload raid in January 2012. Critics say the police response was carried out needlessly heavy-handedly in order to please the United States.

The items up for discussion, which relate to the search and seizure of evidence, have been deemed so secret that not even Kim Dotcom’s lawyers are allowed to attend the hearing. In July 2012 Justice Winkelmann previously ruled that the search was carried out illegally so it is now being decided how to settle that matter with Dotcom.

Today’s High Court action is just the latest in a long line of hearings that have run almost continuously since early 2012 and have cost New Zealand tax-payers huge sums of money.

NZHerald estimate that by the time the matter of extradition is decided the Ministry of Justice’s bill could be as much as NZ $5 million. That amount could rise further still if the Crown is forced to compensate Dotcom for the illegal spying debacle and subsequent illegal search.

But despite the numerous court hearings every month the case still has the potential to run and run.

Last week the U.S. Government chalked up its first notable success in the extradition battle when the Court of Appeal ruled that Dotcom’s legal team would have to accept a summary of evidence from the U.S. rather than the broader disclosure they had asked for. Dotcom’s legal team said they would appeal the decision at the Supreme Court.

The full extradition hearing is currently due to go ahead in August but even if that fails there will be more legal action to come in New Zealand. Dotcom’s team will definitely mount another appeal, meaning that we still might be another two years plus away from a conclusion.