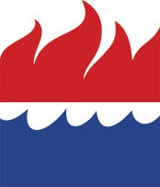 One of the key elements leading to ease of piracy is file-size. Since music files are relatively small, unauthorized content can be distributed and accessed using a wide array of methods, from torrents and direct storage sites through instant messaging and humble email.

If music files are small, ebooks definitely share the same kind of characteristics. As a result, ebooks are widely pirated and made available on thousands of sites and services in a wide range of convenient formats. By attacking the problem from a number of different directions, this is something publisher HarperCollins is trying to do something about.

As part of its latest drive, this week the company announced a collaboration with LibreDigital, a leading provider of distribution and fulfillment services for ebook retailers. Together they adopted a new watermarking solution from anti-piracy company Digimarc.

Called Guardian Watermarking for Publishing, the system embeds all but invisible markers into ebooks. Then, Digimarc trawls the web looking for leaked content containing the watermarks. Once found, the anti-piracy company reports the unique identifiers back to Harpercollins who can match them against their own transaction records. This enables the company to identify the source of that material from wherever it occurred in the company’s supply chain.

“We have had leaks in the past in the final stages of our supply chain – via isolated instances of early releases by retailers. We therefore intend to be able to track these potential leaks in the future – especially now that our digital supply chain extends to many partners in many markets,” a spokesperson said.

“[The system] empowers us to go back to the source of the problem (ie identify the source) and find solutions to prevent this from happening in the future.”

Of course, pirates are known to attack watermarks by utilizing various methods including transcoding of files. Speaking with TF, Digimarc say their system is up to the challenge.

“The embedded identifiers are designed to survive conversion and manipulation,” a spokesperson said.

Interestingly, HarperCollins are going out of their way to ensure consumers that these watermarks won’t affect their privacy.

“This solution does not facilitate tracing back to the individual purchaser, only to the sales channel through which it was purchased,” a spokesperson explained. “And Digimarc itself stores absolutely no personally identifiable information or purchase information in the implementation of the watermark.”

That’s not to say that consumer leaks aren’t part of the problem though, they are, but HarperCollins says it employs separate strategies for pre and post-consumer piracy.

“Both [types of piracy] merit being addressed and we have different solutions for each. For the supply chain we will watermark; for the end consumer the retailers are applying DRM and we are employing Digimarc to issue takedowns and ensure site compliance – to protect our authors’ content,” the company said.

Like many content companies, HarperCollins regularly sends takedown notices to many websites but those it sends to Google are the most visible. To date the company has sent more than 250,000 to the world’s leading search engine, but what effect has that had on availability?

“The aim of our participation in Google’s copyright removal program is to reduce the visibility and availability of infringing content. The desired effect is clearing illegal download links from its SERP. We believe this to be an effective way to discourage piracy,” the company told TF.

We asked HarperCollins how it would rate Google in terms of anti-piracy cooperation, but the publisher declined to comment. The company also wouldn’t be drawn on how many notices it sends to other search engines and ‘pirate’ sites.

“We do not comment on the amount of notices – but we do want to assure authors that their entire catalog is covered by our work with Digimarc,” they said.

As eBooks continue to gain traction, publishers like HarperCollins will be keen not fall into the same traps as the music industry. It could be argued that actioned properly, takedowns are the most consumer friendly option. And watermarking shouldn’t become too unpopular, as long as it doesn’t extend to identifying the public. DRM, however, is rarely appreciated by the paying public.

Can an Army of Bitcoin “Bounty Hunters” Deter Pirates?