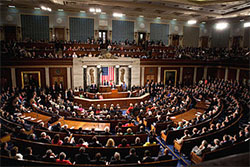 For the past several months the effectiveness of the DMCA has been under the spotlight from two separate but unavoidably linked perspectives.

Firstly, copyright holders are tired of the endless game of whac-a-mole which sees them taking down copyrighted content from pirates sites (and even search engines like Google), only to have it reappear in the future. They argue that game can never be won and the only solution is a “takedown, staydown” regime.

Secondly, entertainment industry companies – largely in the recording sector – feel that platforms such as YouTube gain an unfair advantage by monetizing infringing content uploaded by their users. The law does not currently require these platforms to proactively monitor uploads so the end result is wide availability of infringing content, unless creators take measures to have it removed.

In the meantime, an interesting situation emerges. While platforms such as Spotify and Apple Music must license content before it goes up, YouTube has it already, meaning that when it comes to negotiating licenses for official content with the labels, YouTube and Google are in a position to offer less money. That’s the stance of the labels at least, and they want the DMCA changed to make that impossible.

To that end the industry has been rallying support from the artists themselves. Earlier this year hundreds lobbied Congress and now they’re back again, with a new open letter from an all-star lineup featuring some of the biggest names in music.

The coalition, which features more than 180 artists, songwriters and bands, is a who’s-who of modern music. Taylor Swift, Sir Paul McCartney, Lady Gaga, Trent Reznor, deadmau5, U2, Garth Brooks and Kenny G are united with one voice – the DMCA is broken and needs fixing.

“As songwriters and artists who are a vital contributing force to the U.S. and to American exports around the world, we are writing to express our concern about the ability of the next generation of creators to earn a living,” they begin.

“The existing laws threaten the continued viability of songwriters and recording artists to survive from the creation of music. Aspiring creators shouldn’t have to decide between making music and making a living. Please protect them.”

The artists say that one of their biggest problems is caused by the DMCA. They don’t mention YouTube specifically, but it’s clear that the video platform and owner Google are their primary targets.

“[The DMCA] has allowed major tech companies to grow and generate huge profits by creating ease of use for consumers to carry almost every recorded song in history in their pocket via a smartphone, while songwriters’ and artists’ earnings continue to diminish. Music consumption has skyrocketed, but the monies earned by individual writers and artists for that consumption has plummeted,” the artists write. 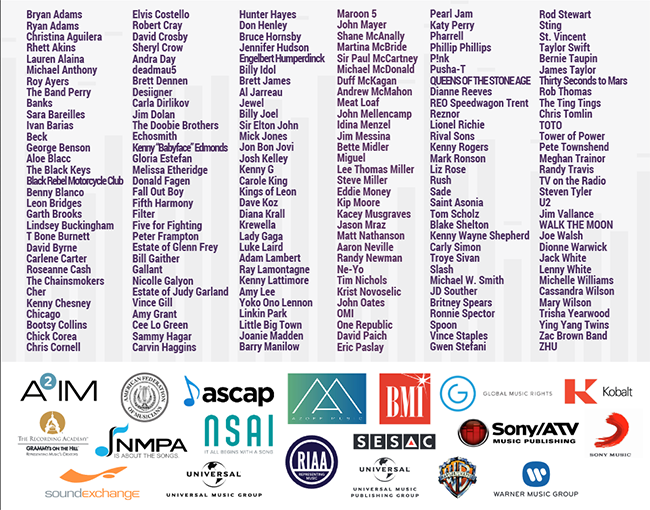 “The DMCA simply doesn’t work. It’s impossible for tens of thousands of individual songwriters and artists to muster the resources necessary to comply with its application,” they continue.

“The tech companies who benefit from the DMCA today were not the intended protectorate when it was signed into law nearly two decades ago. We ask you to enact sensible reform that balances the interests of creators with the interests of the companies who exploit music for their financial enrichment. It’s only then that consumers will truly benefit.”

In short, the artists (and of course their paymasters at the labels) believe that YouTube is running a ‘protection racket‘ with their music. They’ll be hoping that Congress sees it that way too.

Tech companies, on the other hand, believe that the safe harbor provisions of the DMCA give them the protection they need to innovate. Only time will tell whose rights will be eroded, but the battle lines have been drawn.

Will Hollywood be the Next Bailout Candidate?