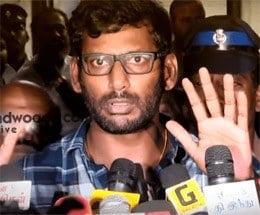 While most of the headlines relating to Internet piracy are focused on North America and Europe, there are dozens of countries where piracy is a way of life for millions of citizens. India, with its booming economy and growth in technology, is certainly one of them.

According to a recently published report, India now has 355 million Internet users out of a population of more than 1.3 billion. Not only is there massive room for growth, that figure is up from 277 million just two years ago. The rate of growth is astonishing.

Needless to say, Indians love their Internet and increasing numbers of citizens are also getting involved in the piracy game. There are many large sites and prominent release groups operating out of the country, some of them targeting the international market. Carry out a search for DVDSCR (DVD screener) on most search indexes globally and one is just as likely to find Indian movie releases as those emanating from the West.

If people didn’t know it already, India is nurturing a pirate force to be reckoned with, with local torrent and streaming sites pumping out the latest movies at an alarming rate. This has caused an outcry from many in the movie industry who are determined to do something to stem the tide.

One of these is actor Vishal Krishna, who not only stars in movies but is also a producer working in the Tamil film industry. Often referred to simply by his first name, Vishal has spoken out regularly against piracy in his role at the Tamil Film Producers Council.

In May, he referred to the operators of the hugely popular torrent site TamilRockers as ‘Internet Mafias’ while demanding their arrest for leaking the blockbuster Baahubali 2, a movie that pulled in US$120 million in six days. Now, it appears, he may have gotten his way. Well, partially, at least.

Last evening, reports began to surface of an arrest at Chennai airport in northeast India. According to local media, Gauri Shankar, an alleged administrator of Tamilrockers.co, was detained by Triplicane police.

This would’ve been a huge coup for Vishal, who has been warning Tamilrockers to close down for the past three years. He even claimed to know the identity of the main perpetrator behind the site, noting that it was only a matter of time before he was brought to justice.

Soon after the initial reports, however, other media outlets claimed that Gauri Shankar is actually an operator at Tamilgun, another popular pirate portal currently blocked by ISPs on the orders of the Indian government.

So was it rockers or gun? According to Indiaglitz.com, Vishal rushed to the scene in Chennai to find out.

Outside the police station

What followed were quite extraordinary scenes outside the Triplicane police station. Emerging from the building flanked by close to 20 men, some in uniform, Vishal addressed an excited crowd of reporters. A swathe of microphones from various news outlets greeted him as he held up his hands urging the crowd to calm down.

“Just give us some time, I will give you the details,” Vishal said in two languages.

“Just give us some time. It is too early. I’ll just give it to you in a bit. It’s something connected to website piracy. Just give me some time. I have to give you all the details, proper details.”

So, even after all the excitement, it’s unclear who the police have in custody. Nevertheless, the attention this event is getting from the press is on a level rarely seen in a piracy case, so more news is bound to follow soon.

In the meantime, both TamilRockers and TamilGun remain online, operating as normal. Clearly, there is much more work to be done.