As torrents and regular streaming continue in the background, premium IPTV services are becoming increasingly popular.

Available for a few pounds, dollars or euros per month, these products offer a TV viewing service to rival and even beat those put out by the world’s leading entertainment distribution groups.

For an outlay of less than £8 in the UK, for example, it’s possible to receive more TV channels than Sky, Virgin and BT Sport have to offer – combined – and then much more on top.

The main providers (wholesalers, for want of a better term) cascade their products/channels down to smaller providers who act as retailers with direct contact with the public. These kinds of businesses are on the rise and often sell their products locally, via websites and social media, Facebook in particular.

Yesterday it appears that one of these ‘retailers’ found out what it’s like to be the low-hanging fruit in the piracy chain. During the course of the day, visitors to BulkyIPTV’s forums began complaining that the system had gone down.

“Is the bulkyiptv server down at the minute? If so can anyone tell me how long this is likely to take?” posted one.

“Yes mine is down too, v annoying. Also the website is redirecting to partycabs!” said another.

Indeed, the main website for BulkyIPTV had stopped offering various IPTV and similar TV-focused products and begun redirecting to a company offering a white London taxi cab experience for partygoers.

How BulkyIPTV looked before its disappearance 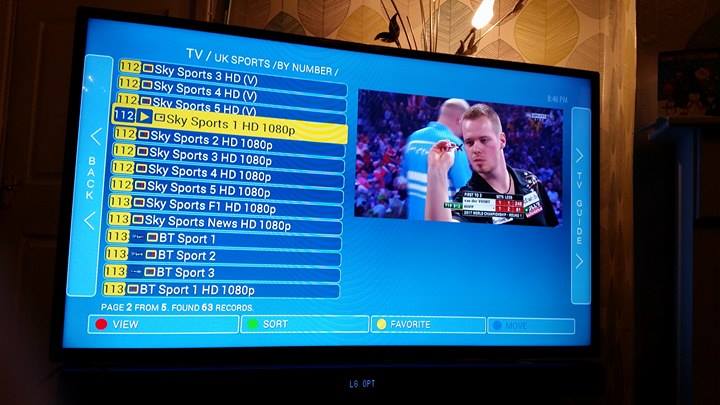 A disappearing Facebook page in any ‘pirate’ setting is rarely a good sign. Many IPTV ‘companies’ use the social platform to interact with existing customers and generate new sales. When a page is deleted, many providers can do neither and that’s hardly compatible with good business.

But while the Facebook page may have been deleted, that didn’t happen before the owner of BulkyIPTV and other ‘Bulky’ branded services (including a hosting company and sites that sold other ‘unofficial’ TV products) had made a post detailing why there are problems. A post shared with TF by a member revealed all.

“Hi all. Today I was arrested. Everything has been shut down,” it read.

“They took everything – phone, laptop, PC and cash, as well as other stuff to gather evidence against me. I’m sorry it has come to this but i’m looking at a stretch inside.” 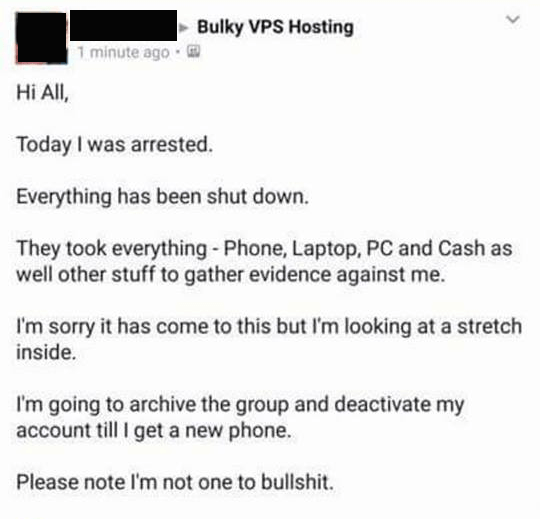 The person, who is a regular poster to the Bulky Facebook page, has a name and credentials that match the WHOIS details on various ‘Bulky’ domains, plus matching photos posted elsewhere on social media, signed off with a note saying: “I’m not one to bullshit.”

With no announcement yet from the police, it’s unclear where the arrest took place but TF sources indicate the site owner is from the Derbyshire region of the UK. That was relatively easy to confirm using a number of publicly available sources.

Perhaps surprisingly, there appears to have been zero effort to stay anonymous online. The operator’s real name can be found across his business ventures ‘helpfully’ accompanied by detailed postings not only on Facebook but also Twitter and various image storage sites.

TorrentFreak’s requests for comment from the operator of the service remain unanswered.