Fung signed a $110 million settlement with the MPAA and shut down isoHunt.com as stipulated in the agreement with the movie studios. Initially the domain was completely dead, but visitors to what was once one of the largest torrent sites are now greeted by the following message.

“A United States federal court has permanently shut down isoHunt.com because it was in violation of copyright law. If you are looking for your favorite movies or TV shows online, there are more ways than ever today to get high quality access to them on legal platforms.”

TorrentFreak reached out to Fung, who said he couldn’t go into detail about why the notice was put up, or who drafted the language. However, he did point out that his ideas on “sharing” haven’t changed a bit. 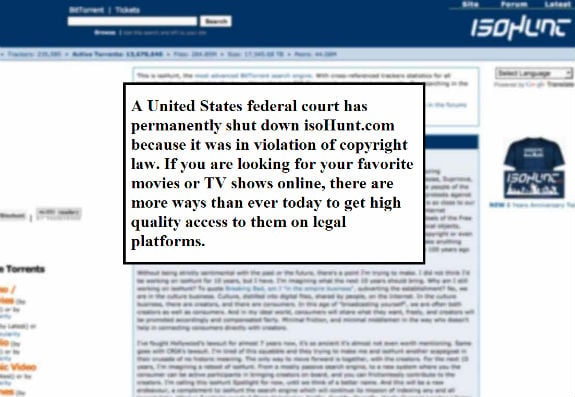 On the contrary, his work on isoHunt taught him that the freedom to share information is one of the core values of the Internet, and despite the setbacks he suffered Fung is still motivated to defend these ideas.

“I shut isoHunt down on October 23 to end the seven year battle with Hollywood, but for 11 years while I worked on isoHunt I’ve witnessed one thing: the Internet is about sharing, and file-sharing is a movement that is about more than mere files or copyright. It’s about the Freedom to share, the Freedom to create. And relatedly nowadays, the Freedom to not be spied on.”

“It is these freedoms, at the intersection of isoHunt closing and the erosion of privacy and other information freedoms, that gave me the idea for a clothing line. One that carries social statements with ironic twists, statements and designs in the form of t-shirts, sweaters and hoodies.”

This idea quickly turned into a new venture in which Fung teamed up with an old friend, Clifford Joe, who had already been working on starting his own clothing company. Today, the duo announced their plan to the world through a pre-Kickstarter project that has just gone public.

The clothing will carry the brand “Viva 10.23,” a reference to the day isoHunt was officially shut down. People can not fund anything yet, but are able to leave their email address so they are notified when the Kickstarter project goes live in a month or so.

The project page currently lists a handful of designs, including a Obama-style poster of Gary with the text “Share,” and shirts with the slogans “Stop Watching Us” and “Freedom to Share.” Fung told us that this is just an initial sample, and that Viva 10.23 invites designers from all over the world to submit their ideas and expand the product line. 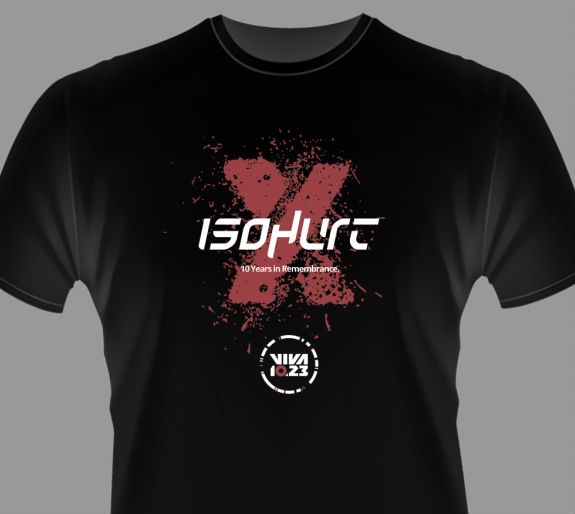 The project page describes the concept as “political fashion” and Fung hopes to cover a wide range of Internet activism with the clothing line.

“What I’ve learned in my time working on isoHunt, is that the social, legal and political underpinnings of my work are just as important if not more so than the tech, and I see an opportunity now to bring both designers and ‘users’ together to casually campaign for what we believe in: information freedom, the freedom to share,” Fung says.

As for the revenue model, Fung notes that he will get a dollar as a consulting fee. The majority of profits Viva 10.23 makes will be donated to organizations that support Internet freedom issues, such as EFF, Openmedia.ca, as well as various charities and funds for emerging musicians and filmmakers.

“This is clothing we wear to advertise causes we believe in, and clothing that funds those causes,” Fung concludes.