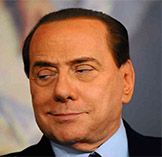 While entertainment companies are able to chase down suspected owners of file-sharing sites in order to issue them with copyright complaints, the process can be both complex and expensive.

Even when an action gets underway it can be months or years before the matter is brought to a conclusion and despite having a pretty decent success rate, it is relatively rare for rightsholders to tackle their rivals in this manner.

More popular at the moment is to impact a site’s traffic in a particular region by appealing directly to a court. If a judge can be convinced that a site is causing immediate damage to a copyright holder that is likely to continue unless action is taken, having that site blocked at the ISP level is now a very real option in several countries across Europe.

Understandably people are concerned that the path could lead to serious overblocking and today we have the first signs that shadowy sites such as The Pirate Bay won’t be the only ones to face being censored.

VKontakte is Russia’s version of Facebook. It is a massive operation with upwards of 45 million daily users. The site allows its users to upload video and audio content which of course means that some will store copyrighted material. According to a company called Medusa Film, the site has been hosting a copy of its film Sole a Catinelle (Sun in Buckets).

Medusa Film is owned by Mediaset, a communications and media giant founded by former Prime Minister Silvio Berlusconi and owned by his family. According to their complaint, something dramatic needed to be done against not only VK.com but a range of other file-hosting sites actively making their content available.

The Public Prosecutor of Rome agreed and has now issued an order for all local Internet service providers to begin a blockade of vKontakte and several other hosting sites including Rapidgator.net, one of the largest file-hosters around.

Marco d’Itri who runs Osservatorio Censura, a site dedicated to reporting on Italian web censorship, informs TorrentFreak that action is being taken before a hearing on the full merits of the case.

“As usual this is an ‘urgent’ confiscation request which happens well before a trial,” d’Itri explains.

It is not known whether Medusa reached out to vKontakte, Rapidgator or any of the other sites involved before they decided to go to court with a request for a web blockade. In any event, it seems unlikely that the two big ones will sit back and do nothing.

Earlier this year Rapidgator successfully fought back against another web blocking action initiated by the distributor of a cartoon movie. Fulvio Sarzana, a lawyer with the Sarzana and Partners law firm who specializes in Internet and copyright disputes, represented the site and convinced the court that Rapidgator was not responsible for user uploads.

The case with vKontakte is considerably more broad. The site is equivalent to Facebook and as such Russian citizens in Italy will now find themselves not only disconnected from files, but completely cut off from their social networking contacts.

However, as the number one visited site in Russia, VKontakte has incredible resources. Putting up a defense in a case like this should be well within its capabilities and there is a very real possibility that the decision will be overturned in due course. For the others (Rapidgator aside) the outlook seems much less positive.

Update: Fulvio Sarzana informs TorrentFreak that although not formally instructed in the case by Rapidgator at the present moment, he feels the site should appeal.

“Once again they have seized dozens of portals for a single film, which among other things, has already made 50 million Euros at the box office,” Sarzana says.

“Millions of files are being seized for a single film, a measure that appears disproportionate and contrary to European standards in terms of proportionality, adequacy and effectiveness of the measure.”

Rapidgator Uses DMCA to Crack Down on Premium Link Generators