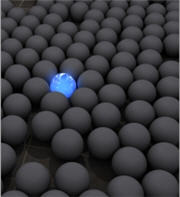 In April a landmark ruling from the European Court of Justice declared Europe’s Data Retention Directive a violation of Internet users’ privacy and therefore invalid.

The Directive required Internet service providers and other telecommunications companies to log data on the activities of their subscribers, including who they communicate with and at what times, plus other identifying information such as IP addresses.

One of the first companies to react to the decision was Swedish ISP Bahnhof. The ISP has a reputation for objecting to what it sees as breaches of customer privacy, so did not hesitate following the Court’s announcement.

“Bahnhof stops all data storage with immediate effect. In addition, we will delete the information that was already saved,” Bahnhof CEO Jon Karlung said.

At the time Karlung promised a “Plan B” to skirt the order, and today the details of that have emerged.

“One week remains before PTS requires a fine of five million krona ($676,500) from Bahnhof, as the company has not yet begun to store customer traffic data. Therefore, Bahnhof has chosen to activate ‘Plan B’,” Karlung announced today.

The plan involves Bahnhof reactivating data storage on November 24 as required. However, the ISP will thwart the collection of meaningful data by providing every customer with access to an anonymizing VPN service free of charge.

“The EU Court of Justice has held that it is a human right for people not to have their traffic data stored. We therefore believe that the time is ripe for VPN services become popular,” Karlung says.

The service, called LEX Integrity, is a no-logging provider so it will be impossible for any entity to get useful information about its users.

“The EU Court of Justice has issued a ruling that the previous government chose to ignore, and the current government has been silent for so long that we are starting to lose patience,” Karlung adds.

“So now Bahnhof will resolve the situation in a responsible manner, namely by solving the whole problem. We will start to store data, but at exactly the same time we will make data storage meaningless.”

The VPN service will become active next Monday.