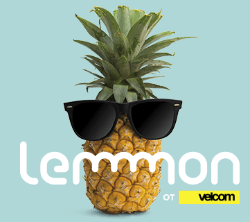 Access to the Internet is considered a basic need in many modern countries. Ideally, this should come without any content restrictions.

With all the fuss about net neutrality in recent years, most Internet providers have stayed clear from any interference.

In Belarus, however, local ISP Velcom is crossing a sensitive line.

The company informed its customers that its summer promotion, which provided subscribers on some plans with “unlimited” Internet access, is being limited.

Those who exceeded their regular cap have been able to access the Internet without any restrictions until now, but starting tomorrow BitTorrent traffic will no longer be allowed.

“From 13.08.2018, the possibility of data transfers using the bittorrent protocol is excluded for subscribers of the Comfort and Comfort + plans, when using the Unlimited Internet package,” the company writes in its terms of service.

The restriction was publicly announced by the ISP but no reason for this change was provided. The company does stress, however, that the BitTorrent blockade only applies when the regular limits of the plan are exceeded.

The special “unlimited” promotion only runs this summer and will end in September, so it’s effectively a temporary measure.

Given the fact that the ISP changed the rules during the promotion suggests that many torrenters were using it to their advantage. Perhaps to a degree that it was causing more overhead than the ISP hoped for.

Velcom does not provide any details on how BitTorrent traffic will be detected. However, it’s probably safe to assume that tech-savvy subscribers can still use a VPN or other tools to remain undetected, to get truly ‘unlimited’ Internet access.