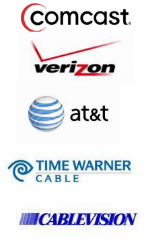 The MPAA and RIAA, helped by five major Internet providers in the United States, will start to warn and punish copyright infringers later this year.

The parties launched the Center for Copyright Information (CCI) and agreed on a system through which copyright infringers are warned that their behavior is unacceptable. After five or six warnings ISPs may then take a variety of repressive measures.

One of the reasons for the delay is that not all providers were ready to process the alerts. Previously, a spokesperson for the CCI told TorrentFreak that each ISP would roll out the scheme at its own pace, but even that plan is causing some issues.

A source connected to CCI informs TorrentFreak that several ISPs are now ready to start warning subscribers, but that none of them wants to be the first to do so. For this reason, CCI’s Executive Director Jill Lesser is now pushing for a joint launch at the end of the year.

Leading up to the official start the ISPs might do some small-scale tests in November, we were informed.

After more than a year of uncertainty we can also confirm that MarkMonitor has been hired to track down alleged infringers. MarkMonitor, which often operates under the name DtecNet, is the only tracking outfit working with the CCI.

In 2010 DtecNet was acquired by MarkMonitor, but it continues to operate under its own name. DtecNet already works closely with the RIAA and MPAA and is also responsible for collecting data on copyright infringers as part of the Irish three-strikes program.

Although little is known about the accuracy of DtecNet’s tracking software, TorrentFreak previously pointed out that the company knows very little about how BitTorrent works. A whitepaper published by DtecNet was littered with painful errors and false assumptions and has since been retracted (copy here).

We expect, however, that the company has learned from its mistakes. And if they haven’t, that will become public soon enough.

TorrentFreak is also informed that the independent technical review of MarkMonitor’s evidence gathering techniques has been completed. This review will be made public in the coming weeks according to our source.

The decision to make the review public is part of an effort by the CCI to be more transparent about its operations. Two weeks ago University of Idaho Law Professor Annemarie Bridy criticized the organization for being overly secret, and others have voiced similar concerns.

After the SOPA and PIPA revolt anti-piracy efforts are out of fashion, so whether more transparency will be enough to take away all concerns remains to be seen.