As far back as 2005, piracy release group CiNEFOX had been leaking the latest movies onto the Internet. By early 2007 they were seriously on the radars of the leading studios and anti-piracy group ALPA, and before May was out an investigation against them had found itself in the hands of French authorities.

It’s been long time coming but earlier this month the five men finally went on trial. During the hearing the court heard how the defendants sat at the very top of the so-called ‘piracy pyramid’ from where leaked movies are distributed from a handful of individuals to the rest of the world.

In total, CiNEFOX stood accused of being responsible for the leak of 504 films including X-Men 3, Jumper, 10,000 BC and Mission Impossible 3. Carnage stood accused of a massive 2,014, although this was reduced to just 56 on procedural grounds. 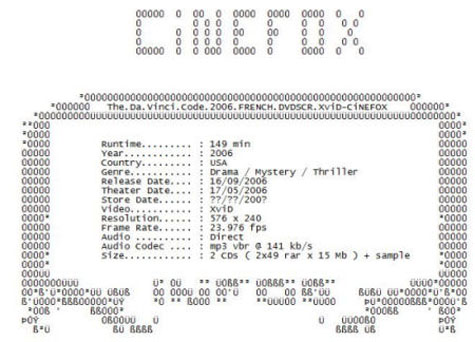 Variously team members were accused of administering the so-called ‘topsite’ servers where movies were stored and shared among Scene members, recording movies in theaters using camcorders, capturing local audio to be spliced onto international versions of movies, and distributing DVDs not yet available via commercial release.

Despite there being five defendants, just one (a former member of Carnage) was present in court. He previously held an unlimited access theater pass and admitted using equipment for the hearing impaired to capture audio.

“We knew it was illegal but at that moment we did not think about the consequences, it was like a game to us,” he said. A lawyer for the defendant said his client was just a movie fan who “fell into a virtual world” but made no money from his activities.

Overall the defendants stood accused of causing Hollywood studios including Disney, Universal and Warner Bros. millions of dollars in damages, with the prosecutor calling for imprisonment and heavy fines.

This week the Paris Criminal Court handed down suspended prison sentences and seriously heavy fines to the defendants.

The three members of CiNEFOX all received six month suspended sentences and were ordered to pay a total of 710,000 euros damages to the plaintiffs.

Two members of Carnage picked up suspended sentences of three and four months respectively and were ordered to pay 410,000 euros in damages.