Late last year the UK Government legalized copying for private use, a practice which many citizens already believed to be legal.

The UK Intellectual Property Office noted that the changes were “in the best interest” of consumers and that they would bring copyright law into the 21st century.

However, the new regulation was short-lived. Fearing a loss of income several music groups objected at the High Court, which subsequently agreed that the new legislation is unlawful.

As a result the changes were overturned last month and the previous limitations were reinstated. To find out what the public can and can’t do under the law, TF reached out to the UK Intellectual Property Office, which provided some very clear answers.

“It is now unlawful to make private copies of copyright works you own, without permission from the copyright holder – this includes format shifting from one medium to another,” a spokesperson informed us.

The IPO specifically notes that copying a CD to an MP3 player is not permitted. This means that iTunes’ popular ripping feature, which Apple actively promotes during the software’s installation, is illegal.

Also, under the current law iTunes is actively facilitating copyright infringement by promoting their CD-ripping functionality. This means that the company could face significant claims for damages. 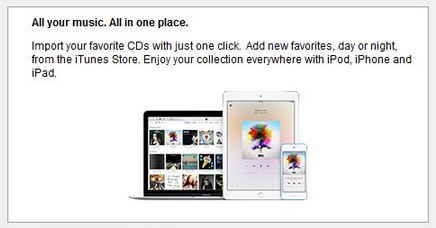 There is more though, as the law affects much more than just ripping CDs. Simply copying a song in an automated computer backup or storing a copy on a private cloud hosting service is also against the law.

“…it includes creating back-ups without permission from the copyright holder as this necessarily involves an act of copying,” we were informed by the Government spokesperson.

Strictly speaking this means that UK citizens are not allowed to make a backup of their computer. After all, pretty much every computer contains copyrighted media. Needless to say, this turns almost the entire country into ‘outlaws’.

The Government is not happy with the High Court decision but it hasn’t decided whether it will propose revised private copying exceptions in the future. Copyright holders previously suggested allowing private copying in exchange for a tax on blank CDs and hard drives.

“As this is a complex area of law, the Government is carefully considering the implications of the ruling and the available options, before deciding any future course of action.”

As reassurance, the Government notes that that people shouldn’t be too concerned because copyright holders are not known to come after people who make a backup of their computers.

“The Government is not aware of any cases of copyright holders having prosecuted individuals for format shifting music solely for their own personal use,” the IPO spokesperson says.

However, copyright holders can take people to court over both CD-ripping and computer backups, if they want to.