Judge Orders Hearing To Deal With All ACS:Law File-Sharing Cases 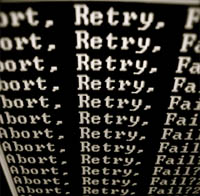 Last month, the Patents County Court in the UK witnessed a messy attempt by law firm ACS:Law to get default judgments against 8 internet connection owners who the company claimed infringed or allowed others to infringe copyrights.

Representing Media C.A.T, a kind of ‘front company’ for movie companies involved in so-called “pay up or else” or “speculative invoicing” schemes, ACS:Law managed to squeeze an impressive number of errors into the proceedings and the result was that in all 8 cases, default judgments were denied.

Now it appears that another ACS:Law case has been heard in court, this time against an alleged file-sharer called Mr Billington.

“Following our phone call today regarding the claim form I have received from yourselves [on behalf of] ACS:Law, I apologise for the belated reply as on the claim form there is no mention of timescale, or a acknowledge service form for me to respond to, which I believe should have been included,” Mr Billington wrote in a letter to the clerk of the court.

Judge Birss QC, who also handled last month’s cases, noted that in Mr Billington’s case the claim appeared to have been issued without including a response pack, i.e the necessary paperwork which enables the defendant to put his side of the story.

“My last correspondence on 1st November to ACS Law was advising them that I have not infringed any copyright, I refuted the claim in that, they have an IP address, which they claim relates to my computer,” continued Mr Billington.

“Firstly I have 5 computers so I do not know which one they refer to. Also I am not the sole user of the computers. I asked them for further evidence of this alleged infringement. I then receive the said claim form.”

The defendant then went on to explain that since he had been receiving “threatening letters from ACS Law demanding monies” he believed he had been the victim of “some sort of scam”.

However, rather than deal with the case, the Judge did something interesting.

In October the Patents County Court implemented new procedures designed to streamline intellectual property disputes. To this end, the court conducted a review of ACS:Law/Media C.A.T cases in the system. They found 27, which included the 8 from the previous hearing and this new one involving Mr Billington.

“Some of the cases are defended but the court file in most of the 27 cases consists of little more than a claim form,” wrote the Judge, noting that all cases are broadly similar. He added:

“In the circumstances I have decided to take an unusual course and to exercise the court’s power to make orders of its own initiative under CPR Part 3 rule 3.3(1). The order I will make is an order to convene a hearing for directions in this case and in all the parallel Media C.A.T. Limited cases in the Patents County Court files at the moment.”

So, the hearing of all outstanding ACS:Law cases will take place on Monday 17th January 2011 before Judge Birss QC who has the power to decide how these cases will be dealt with. Considering his comments from the previous cases, that Media C.A.T is not even the rights holder of the movies in question, potentially all of the cases could be dismissed.

Should this come to pass, this could be a pivotal point in the overall ‘speculative invoicing’ scene in the UK.

There are loud but unconfirmed reports that ACS:Law are no longer instructed to act for rightsholder DigiProtect in similar cases. If both they and Media C.A.T are put out of the picture, ACS:Law have no more significant anti-filesharing clients left and if it’s true that damaged reputations are directly linked to the prospect of gaining more customers, that gap won’t be filled any time soon.

Furthermore, it has been confirmed that lawyers Gallant MacMillan no longer represent Ministry of Sound in chasing alleged file-sharers. Couple that with comments from CEO Lohan Presencer that their latest court application “makes no economic sense” and it’s clear that it’s hardly full-steam ahead for them either.

Another interesting issue that appeared again in Mr Billington’s case is ACS:Law’s ability to keep making mistakes. In addition to the catalog of errors from last month, in the case detailed above ACS:Law managed to get the defendant’s name wrong. Allan Billington does not exist. There is, however, an Aaron Billington at the address in question.

While a transposed forename might seem fairly trivial here, consider the implications of a transposed IP address – the only evidence on which ACS:Law rely. For example, TorrentFreak’s IP address is 208.100.11.174 – transposing the last three digits of that IP connects readers not to file-sharing news, but to a gender reassignment clinic.

The important thing now is that the court will notify all 27 individuals of the January hearing and give them a chance to respond. They must respond, it is absolutely crucial. Anyone in receipt of one of these court claims (claim numbers here) can contact us here at [email protected] for completely free and confidential advice.