BitTorrent trackers are no strangers to Distributed Denial of Service (DDoS) attacks.

Pretty much all sites of a respectable size are targeted on occasion by unknown sources, and today several large sites appear to be hit.

TV-torrent group EZTV told TF that they are dealing with a serious flood of unwanted connections, which renders the site unavailable.

EZTV has currently no indication when the site will return, but they will do all they can to solve the issues as soon as possible.

Around the same time as EZTV’s problems started, KickassTorrents went down too. TorrentFreak asked the Kickass.to team for more information on the outage, but we have yet to hear back.

Whether KickassTorrents’ problems are also DDoS related is unsure at the moment. At the time of writing the site’s DNS servers are not resolving to an IP-address either.

As if that’s not enough, Extratorrent ran into trouble as well. Earlier today the site had some downtime, but a cached version is currently being served through Cloudflare.

We will update this article when more information becomes available.

Update: EZTV has returned, KickassTorrents is still having problems.

Update: Extratorrent is having issues again and released the following statement.

Update: Kickass.to appears to be coming back slowly. The KickassTorrent’s team confirmed to TorrentFreak that they have been dealing with a series of DDoS attacks.

Update: EZTV is down again.

“Extratorrent servers are under strong DDOS attack right now… We are trying to resolve issues. Sorry for inconvenience. Your support is highly appreciated.” 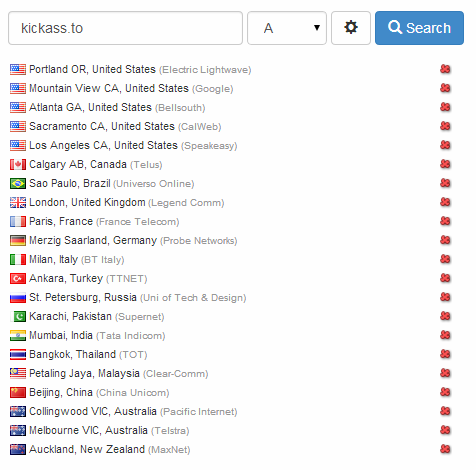