People all around the world are unable to access the most visited torrent site since a few hours.

The site is suffering from a Distributed Denial of Service (DDoS) attack and has been hard to reach.

As a result, all official KAT proxies are suffering downtime as well.

The KAT team confirmed to TorrentFreak that attack is targeted at the site’s DNS servers and they are doing their best to solve the issue.

The DDoS attack is not new and also caused a brief outage yesterday and earlier in the week. The site has managed to come back a few times, but it appears that the problems still persist.

Update Jan 17: KAT seems to be back for most people now.

Update Jan 17: The DDoS appears to be causing problems again. 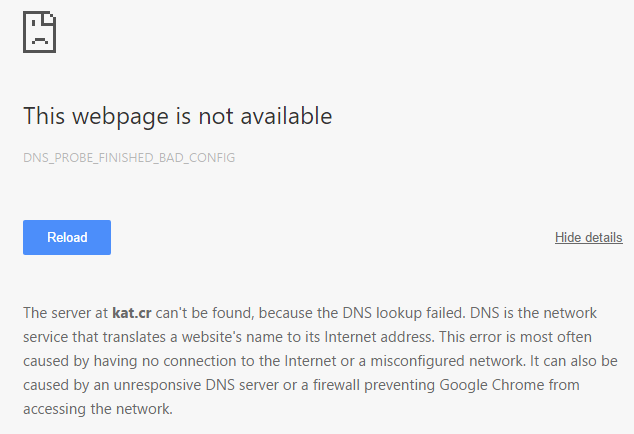