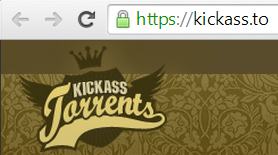 Dutch anti-piracy group BREIN has been a thorn in the side of Internet pirates for many years, largely targeting sites and services to reduce content availability.

BREIN claims to have taken down more than 340 sites in 2015, including 96 streaming platforms and 63 torrent indexes. However, for 2016 the anti-piracy outfit has committed to a strategy that makes things a little more personal for downloaders.

In recent months BREIN has made several announcements relating to its pursuit of individual file-sharers, particularly those at the more serious end of the scale. Think those that upload a lot of content to torrent sites, rather than more casual downloaders (although BREIN isn’t ruling that out).

Today BREIN announced its latest target, a prolific uploader to KickassTorrents (KAT), the world’s largest torrent site. Instead of tackling the individual head on, BREIN headed to court to obtain an order that would forbid him from continuing his sharing activities.

Known online by the alias “Reinrox“, the individual allegedly uploaded around 105 torrents to KAT, half of which were popular music videos from the likes of Adele, Robin Schulz and Meghan Trainor. The remainder included songs from the Top 40, several films (including Rocky 1 to 5) and complete TV series such as CSI:Miami.

In court papers BREIN identified Reinrox by his real name and explained that overall he had been responsible for infringing the copyrights of “many hundreds” of titles, many of which belong to BREIN’s clients.

Stressing the damage being caused by the Kickass user’s activities, BREIN asked the court for action to bring the infringement to an end.

“Given the scale of infringement….BREIN has well-founded fear that the respondent will continue his conduct, whether or not through another website or under another alias,” the anti-piracy group said.

BREIN indicated that an order issued by the court for Reinrox to cease and desist under threat of a large fine would hopefully bring an end to the matter. Interestingly, BREIN said that in its experience an ex parte order yields better compliance than issuing a summons to an alleged infringer.

“An ex parte court order reinforced with a penalty gives those whose rights have been violated the greatest possible assurance that this will not happen again,” BREIN told the court, adding that an early decision would put an end to Reinrox’s activities which “continue unabated every day without the rights holders being compensated in any way.”

BREIN said that as long as the uploaded torrents remained live on KickassTorrents its clients would continue to suffer “substantial and irreparable damage”. This, alongside the threat of Reinrox uploading more content, justified a swift solution.

“The nature, severity and repetitive nature of the infringements committed by the respondent justify this order being granted immediately given without the respondent being heard,” BREIN said.

The court agreed, granting BREIN the order it required and ordering Reinrox to cease and desist within 24 hours of being notified of the decision. As can be seen from the image below, that had an immediate effect on his KickassTorrents account which was deleted two weeks ago. 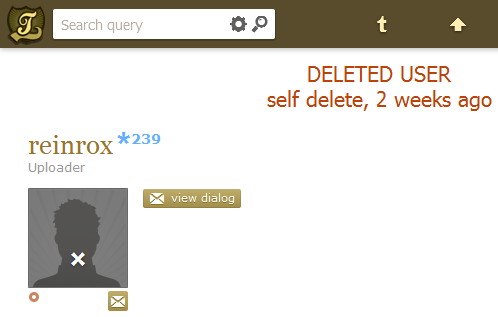 While it appears Reinrox intends to comply with the ruling from the court (BREIN says that an agreement has been signed), the Dutchman faces significant penalties should he change his mind. Court documents (pdf) indicate a fine of 2,000 euros per day for any breach, up to a maximum of 50,000 euros.

The ruling is almost identical to one handed down last November against another KickassTorrents user said so have uploaded around 750 torrents and the signs suggest it won’t be the last.

BREIN previously indicated that this kind of legal action would become a feature of its activities in 2016 after deploying special software to help with the task.

“The system is registered with the Dutch data protection authority (CBP) which has issued a certified statement after examination the legality for the processing of personal data in this system by BREIN,” the group said.

Those caught by BREIN will be required to sign a cease and desist agreement and pay a contribution towards costs and damages, which currently amount to around 12,500 euros.