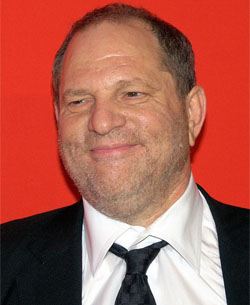 It has been nothing short of a disastrous week for movie mogul Harvey Weinstein.

Accused of sexual abuse and harassment by a string of actresses, the latest including Angelina Jolie and Gwyneth Paltrow, the 65-year-old is having his life taken apart.

This week, the influential producer was fired by his own The Weinstein Company, which is now seeking to change its name. And yesterday, following allegations of rape made in The New Yorker magazine, his wife, designer Georgina Chapman, announced she was leaving the Miramax co-founder.

“My heart breaks for all the women who have suffered tremendous pain because of these unforgivable actions,” the 41-year-old told People magazine.

As the scandal continues and more victims come forward, there are signs of a general emboldening of women in Hollywood, some of whom are publicly speaking out about their own experiences. If that continues to gain momentum – and the opportunity is certainly there – one man with his own experiences of Hollywood’s wrath wants to play a prominent role.

“Just the beginning. Sexual abuse and slavery by the Hollywood elites is as common as dirt. Tsunami,” Kim Dotcom wrote on Twitter.

Dotcom initially suggested that via a website, victims of Hollywood abuse could share their stories anonymously, shining light on a topic that is often shrouded in fear and secrecy. But soon the idea was growing legs.

Within hours, Dotcom announced that he’d found lawyers in the US who are willing to help victims, for free.

“I had talks with Hollywood lawyers. Found a big law firm willing to represent sexual abuse victims, for free. Next, the website,” he teased.

It’s not hard to see why Dotcom is making this battle his own. Aside from any empathy he feels towards victims on a personal level, he sees his family as kindred spirits, people who have also felt the wrath of Hollywood executives.

That being said, the Megaupload founder is extremely clear that framing this as revenge or a personal vendetta would be not only wrong, but also disrespectful to the victims of abuse.

“I want to help victims because I’m a victim,” he told TorrentFreak.

“I’m an abuse victim of Hollywood, not sexual abuse, but certainly abuse of power. It’s time to shine some light on those Hollywood elites who think they are above the law and untouchable.”

Dotcom told NZ Herald that people like Harvey Weinstein rub shoulders with the great and the good, hoping to influence decision-makers for their own personal gain. It’s something Dotcom, his family, and his colleagues have felt the effects of.

“They dine with presidents, donate millions to powerful politicians and buy favors like tax breaks and new copyright legislation, even the Megaupload raid. They think they can destroy lives and businesses with impunity. They think they can get away with anything. But they can’t. We’ll teach them,” he warned.

The Megaupload founder says he has both “the motive and the resources” to help victims and he’s promising to do that with proven skills. Ironically, many of these have been honed as a direct result of Hollywood’s attack on Megaupload and Dotcom’s relentless drive to bounce back with new sites like Mega and his latest K.im / Bitcache project.

“I’m an experienced fundraiser. A high traffic crowdfunding campaign for this cause can raise millions. The costs won’t be an issue,” Dotcom informs TF. “There seems to be an appetite for these cases because defendants usually settle quickly. I have calls with LA firms today and tomorrow.

“Just the beginning. Watch me,” he concludes.